END_OF_DOCUMENT_TOKEN_TO_BE_REPLACED

Yesterday, the Senate confirmed anti-equality Mark Norris to be the U.S. District Judge for the Western D…

END_OF_DOCUMENT_TOKEN_TO_BE_REPLACED

Last Friday, Secretary of Education Betsy DeVos rescinded Obama-era Title IX guidance related to schools’ obligations to address sexual harassment, including sexual violence–a move that will disproportionately impact LGBTQ people. Studies suggest that nearly half of bisexual women have been raped and half of transgender people will experience sexual violence at some point in their lifetimes. According to the Youth Risk Behavior Survey, a national survey of high school students, lesbian and bisexual women and gay and bisexual men experienced higher rates of sexual assault than their straight counterparts.

On Friday, the Department of Education also released a new Q&A on Campus Sexual Misconduct, which replaced the 2014 Obama-era Q&A on Title IX and sexual violence that was rescinded. Unlike the Obama-era Q&A, which explicitly mentioned LGBTQ students and that the “actual or perceived sexual orientation or gender identity of the parties [involved in an incident of sexual misconduct] does not change a school’s obligations,” the new Q&A erases all mentions of LGBTQ students and schools’ obligations to students of all sexual orientations and gender identities.

Unfortunately, these actions are part of a wider pattern by the Department of Education to undermine the rights of LGBTQ students. In February, DeVos and Attorney General Jeff Sessions withdrew important guidance that clarified schools’ obligations to protect transgender students from discrimination under Title IX.  While students are still entitled to the legal protections guaranteed by Title IX, this action obfuscated schools’ obligations to transgender youth and sent a dangerous message that the current administration will not enforce inclusive policies or stand up for them at school. This was borne out when in hearings in both May and June, DeVos refused to commit to LGBTQ non-discrimination protections in in a potential federal voucher program.

When DeVos was being confirmed by the U.S. Senate, HRC opposed her nomination.

“LGBTQ students need a leader at the Department of Education who will defend their right to a safe environment where they can learn without compromising who they are,” said JoDee Winterhof, HRC Senior Vice President for Policy and Political Affairs. “Mrs. DeVos has not shown that she is able or willing to truly rise to this challenge and ensure all LGBTQ students — especially transgender students whose rights are being targeted by our opponents in Washington and across the country.”

Unfortunately, Winterhof’s prediction has proven true over the past half a year. DeVos’ action on Friday is only the latest example that she is both unable and unwilling to defend the rights of LGBTQ students and ensure their right to learning in a safe environment.

END_OF_DOCUMENT_TOKEN_TO_BE_REPLACED

On Saturday, Milwaukee County Sheriff David Clarke withdrew his name from consideration for the position …

END_OF_DOCUMENT_TOKEN_TO_BE_REPLACED 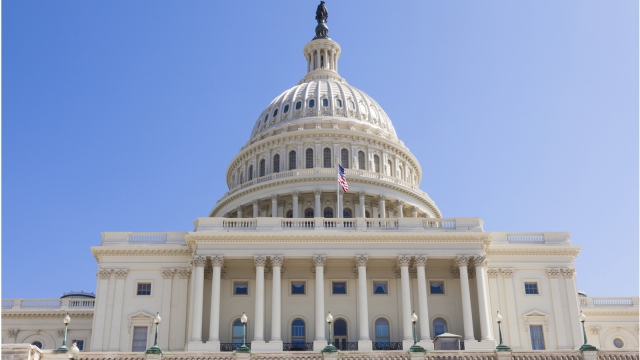 Only eight weeks into the 115th Congress, House Republicans are already pushing for special licenses to discriminate against LGBTQ people under the guise of religion.

Yesterday, the House Judiciary Subcommittee on the Constitution and Civil Justice held a hearing on “the State of Religious Liberty in America.” (“Religious liberty” is often code for allowing people to pick and choose which laws they will follow in order to discriminate against LGBTQ people.) The Republican majority’s witnesses included staff members of three anti-LGBTQ organizations: Kim Colby, Director of the Christian Legal Society’s Center for Law and Religious Freedom; Hannah Smith, Senior Counsel at the Becket Fund for Religious Liberty; and Casey Mattox, Senior Counsel at the Alliance Defending Freedom’s Center for Academic Freedom. The Democratic minority’s lone witness was Rabbi David Saperstein, former Director of the Religious Action Center of Reform Judaism and former Ambassador-at-Large for International Religious Freedom.

From the beginning of the hearing, it was clear that the Republicans and their witnesses would be using this hearing as an opportunity to, among other things, push for and defend policies that give people a license to discriminate against LGBTQ individuals. Subcommittee Chairman Steve King (R-IA), along with Judiciary Chairman Bob Goodlatte (R-VA) and Representatives Ron DeSantis (R-FL), Trent Franks (R-AZ), and Louie Gohmert (R-TX), pressed the witnesses and spoke about policies that would discriminate against minorities, including LGBTQ people. King specifically began his questioning of one of the Republican majority’s witnesses to spark a conversation in support of allowing businesses to use religion as an excuse to refuse service to LGBTQ people.

In their testimony and at the hearing, Republican witnesses called on Congress to pass the discriminatory First Amendment Defense Act and admonished restrictions on religious organizations from receiving public funds. They also called on President Trump to sign a “religious freedom’ executive order—which, if the recently leaked draft executive order is any indication, would target the LGBTQ community.

Thankfully, Subcommittee Ranking Member Steve Cohen (D-TN), along with Representatives Jamie Raskin (D-MD) and Jerry Nadler (D-NY) and Rabbi David Saperstein, questioned the constitutionality of the draft executive order. They also discussed how the Religious Freedom Restoration Act (RFRA), while originally intended to protect the rights of minority religions, has been distorted to be used as a blank check to discriminate or to impose their religious beliefs on others. That is why several civil rights groups, including HRC, support amending RFRA to make clear that it was never meant to be a tool for discrimination.

The Democratic line of questions and Rabbi Saperstein’s responses illustrated a clear understanding that religious liberty can be protected while also prohibiting discrimination against LGBTQ people. However, the Republican line of questions and the majority witnesses’ responses made clear that opponents of LGBTQ equality will continue to push their discriminatory agenda throughout the 115th Congress.

END_OF_DOCUMENT_TOKEN_TO_BE_REPLACED 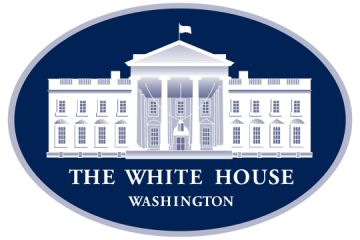 Yesterday, on the day after the 44th anniversary of Roe v. Wade, President Donald Trump is…