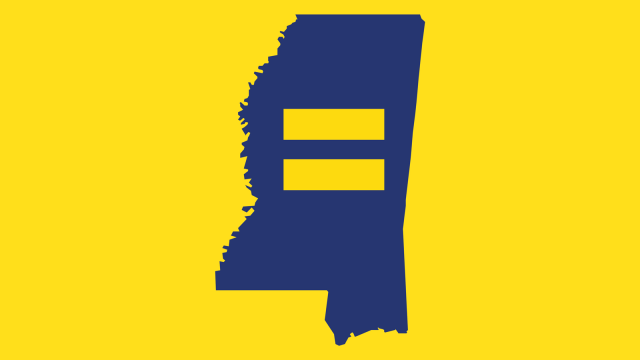 HRC hailed the Clarksdale Board of Commissioners for passing city-wide non-discrimination protections that include sexual orientation and gender identity in housing, public accommodations and employment. Clarksdale is the third city in Mississippi to pass such an ordinance; Jackson passed one in 2016 and Magnolia passed one in 2017.

“Clarksdale’s leaders have taken an important step forward by passing a fully-inclusive nondiscrimination ordinance,” said Rob Hill, HRC Mississippi state director. “Now, Clarksdale will join Jackson and Magnolia as the cities in Mississippi that have taken concrete steps to support their LGBTQ citizens. Now, it is time for other communities in our state to follow in their footsteps and pass policies to protect all Mississippians from bias and discrimination. Thank you to Mayor Chuck Espy, the Board of Commissioners for their work to introduce and pass this ordinance.”

“Clarksdale is a city that is welcoming and inclusive for all its residents, including our LGBTQ friends and neighbors,” said Mayor Chuck Espy. “We are glad to affirm this spirit of diversity and openness with this fully-inclusive nondiscrimination ordinance. Thank you to the Board for standing up for fairness, equality and for our community.”

Mississippi is one of 30 states without comprehensive LGBTQ-inclusive non-discrimination protections.

In 2014, HRC launched Project One America, an initiative geared towards advancing social, institutional and legal equality in Mississippi, Alabama and Arkansas. HRC Mississippi continues to work to advance equality for LGBTQ Mississippians who have no state level protections in housing, workplace or public accommodations. Through HRC Mississippi, we are working toward a future of fairness every day — changing hearts, minds and laws toward achieving full equality.