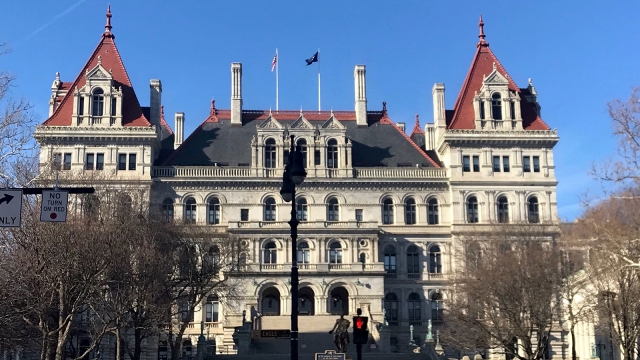 HRC celebrated the historic passage of the Gender Expression Non-Discrimination Act (GENDA) in New York as well as legislation protecting LGBTQ youth in the state from the dangerous and debunked practice of so-called “conversion therapy.” GENDA would solidify existing law by explicitly adding gender identity and expression to the New York Human Rights Law. The bill has passed the New York Assembly 11 times, and today marks the first time it has passed both chambers. Both bills will now head to Governor Andrew Cuomo’s desk to be signed.

The passage of GENDA is the culmination of efforts that reach back for over a decade. In 2016, Governor Cuomo directed the New York State Division of Human Rights to adopt regulations, consistent with state case law interpreting the meaning of ‘sex,’ to make it clear that transgender people are protected from discrimination and harassment under the state’s Human Rights Law. Additionally, the bill adds protections on the basis of gender identity to the state’s hate crimes law. The passage and signing of GENDA will explicitly codify these protections into law once and for all. With the passage of legislation banning conversion therapy, New York joins 14 states and the District of Columbia in protecting LGBTQ youth from this dangerous practice.

For several election cycles,  HRC has worked on the ground in New York to elect pro-equality legislators up and down the ballot, all across the state, leading to a pro-equality majority in both houses of the legislature and today’s historic action in Albany.

“Today’s historic action in New York is the result of years of hard work and it is a vivid illustration of the importance of electing pro-equality lawmakers,” said HRC President Chad Griffin. “Due to the efforts of countless advocates and leaders, transgender New Yorkers will now be explicitly protected from discrimination on the basis of gender identity and LGBTQ youth will be protected from the dangerous, debunked practice of so-called ‘conversion therapy.’ This is a monumental day for fairness and equality across the Empire State.”

“With today’s vote, it is now clear that the Empire State will soon take its rightful place among the growing number of states that explicitly protect transgender residents and visitors from discrimination,” said HRC National Press Secretary Sarah McBride. “No person should face discrimination because of their gender identity and no young person should be subjected to the abusive practice known as ‘conversion therapy.’ The advancement of both GENDA and protections for LGBTQ youth against ‘conversion therapy’ on the same day sends a powerful message to LGBTQ young people across New York that they are seen, loved and will soon be protected — we thank transgender advocates from across the state for their years of work, Senator Hoylman and Assemblymembers Gottfried and Glick for their ongoing leadership on these critical issues, and Senate Majority Leader Andrea Stewart Cousins, a longtime and strong supporter of equality.”

New York Governor Andrew Cuomo prohibited so-called “conversion therapy” in New York by executive order in 2016, and the legislation passed today will permanently protect youth from the practice under state law. There is no credible evidence that conversion therapy can change a person’s sexual orientation or gender identity or expression. To the contrary, research has clearly shown that these practices pose devastating health risks for LGBTQ young people such as depression, decreased self-esteem, substance abuse, homelessness, and even suicidal behavior. The harmful practice is condemned by every major medical and mental health organization, including the American Psychiatric Association, American Psychological Association and American Medical Association.

HRC has partnered with the National Center for Lesbian Rights (NCLR) and state equality groups across the nation to pass state legislation ending conversion therapy. More information on the lies and dangers of efforts to change sexual orientation or gender identity can be found here.