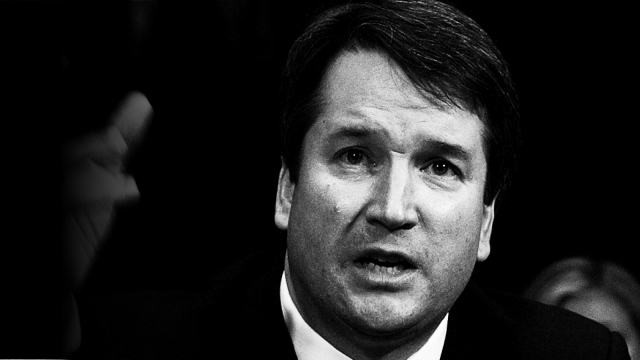 HRC called on the Senate to reject Brett Kavanaugh, who was pre-cleared by anti-LGBTQ and anti-choice organizations and nominated by the Trump-Pence Administration to the Supreme Court.

“In nominating Brett Kavanaugh, Donald Trump has followed through on his threat to nominate a justice who would undermine LGBTQ equality, women’s reproductive rights and affordable healthcare,” said HRC President Chad Griffin. “Now, the Senate has a responsibility to fulfill its constitutional duty, serve as a check on this reckless president and reject Brett Kavanaugh’s nomination. This nominee was hand-picked by anti-LGBTQ, anti-choice groups in an explicit effort to undermine equality — and the prospect of a Justice Kavanaugh threatens to erode our nation’s civil rights laws, block transgender troops from bravely serving this nation and allow a license to discriminate against LGBTQ people in every aspect of American life. The 2018 midterm elections just became the most consequential elections of our lifetime, and we must seize the opportunity to pull the emergency brake on this regime. We need to vote this November like our lives depend on it — because they do.”

The next Supreme Court justice will shape civil and constitutional rights jurisprudence in the country for decades to come. In the coming years the Supreme Court will be asked to decide critical issues for the LGBTQ community including:

Kavanaugh currently serves as a judge on the U.S. Court of Appeals for the District of Columbia Circuit. During his tenure, he has clearly established a judicial philosophy that the personal beliefs of individuals should dictate the lives of others. Kavanaugh has ruled that an employer’s religious beliefs should be allowed to override their workers’ access to birth control. While refusing to answer whether he believed Roe was correctly decided during his confirmation hearing for the DC Circuit, once on the bench he wrote that his colleagues had “badly erred” by determining that an undocumented immigrant teen should have access to an abortion. In dissenting against the Affordable Care Act, Kavanaugh claimed that “the President may decline to enforce a statute… when the President deems the statute unconstitutional, even if a court has held or would hold the statute constitutional.”