HRC President Chad Griffin spoke at the 2016 Democratic National Convention. Below are his remarks: Last month, our nation was rocked to its core by a senseless and hateful attack that claimed the lives of 49 LGBTQ people and allies at Pulse Nightclub in Orlando. They were brothers and sisters, they were sons and daughters. Above all, they were human beings. Yet while the nation mourned, Donald Trump strutted before the cameras, and exploited our national tragedy. He had the audacity to tell the American public that he was the true champion for LGBTQ people in this race, and that our community would be better off with him in the White House. He even challenged his skeptics to, and I quote – “ask the gays.” 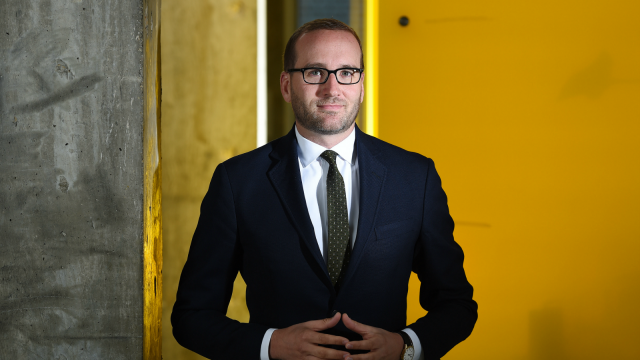 Well, since he asked…Here goes: While Donald Trump has threatened to strip away our rights, the Hillary Clinton I first got to know as a closeted kid growing up in Arkansas has always been willing to stand up for the voiceless, and she’s made fighting for equality a cornerstone of her campaign. While Donald Trump has promised to legalize Kim Davis-style discrimination in all 50 states… Hillary Clinton has promised to sign the Equality Act into law. While Donald Trump chose as his running mate a governor who tried to divert HIV funding in order to finance the abusive practice of so-called “conversion therapy”… Hillary Clinton, on the other hand, is committed to stopping the spread of HIV, banning conversion therapy for minors, and ending the hate and violence our community still faces. And long before Donald Trump struggled to read "LGBTQ" off a teleprompter last week, Hillary Clinton stood before the United Nations and boldly declared that gay rights are human rights and human rights are gay rights. I want to remind Donald Trump of one more thing. The LGBTQ community is as diverse as the fabric of our nation. We are Muslim. We are Jewish. We are women. We are black, white and Latino. We are immigrants and we are people with disabilities. And when you attack one of us, you are attacking all of us. And that, my friends, is why together we are all with her.