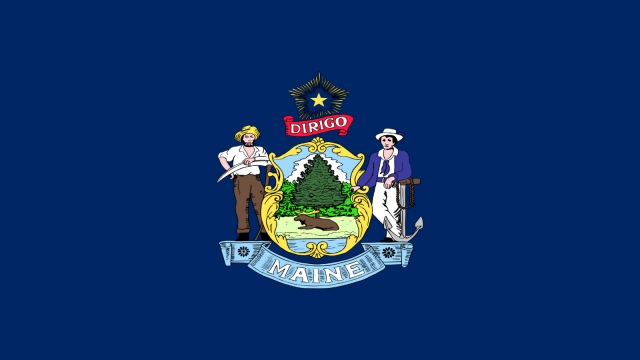 HRC released the following statement strongly condemning Maine Republican Governor Paul LePage’s veto of legislation that would have protected LGBTQ youth in the state from the dangerous and discredited practice of “conversion therapy.” LePage becomes the first governor in the nation to veto such critically important protections.

“Governor LePage’s shameful decision to veto this life-saving legislation leaves Maine’s LGBTQ youth at risk of being subjected to a practice that amounts to nothing less than child abuse,” said Marty Rouse, HRC National Field Director. “These crucial protections are supported by a bipartisan majority, and have been signed into law in a growing number of other states by both Democratic and Republican governors — including by the Republican governor in neighboring New Hampshire mere weeks ago. With this inexcusable decision, Governor LePage has become the only governor in the nation to veto legislation protecting young people from this abuse, solidifying his place in history’s hall of shame. HRC calls on the Maine legislature to override this veto and to demonstrate to the state’s LGBTQ youth that their lives and well-being are worth protecting.”

“Government’s greatest responsibility is to protect its most vulnerable citizens, especially minors who may not be able to protect themselves,” said Matt Moonen, Executive Director of EqualityMaine. “Governor LePage had the opportunity, in one of his final acts as governor, to make Maine a safer place for LGBTQ youth. Unfortunately, he chose petty politics over protecting kids.”

There is no credible evidence that conversion therapy can change a person’s sexual orientation or gender identity or expression. To the contrary, research has clearly shown that these practices pose devastating health risks for LGBTQ young people such as depression, decreased self-esteem, substance abuse, homelessness, and even suicidal behavior. The harmful practice is condemned by every major medical and mental health organization, including the American Psychiatric Association, American Psychological Association, and American Medical Association.

According to a recent report by the Williams Institute at UCLA School of Law, an estimated 20,000 LGBTQ minors in states without protections will be subjected to conversion therapy by a licensed healthcare professional if state lawmakers fail to act.

HRC has partnered with the National Center for Lesbian Rights (NCLR) and state equality groups across the nation to pass state legislation ending conversion therapy. In Maine, HRC worked closely with NCLR, GLBTQ Legal Advocates & Defenders (GLAD), and Equality Maine in the effort. More information on the lies and dangers of efforts to change sexual orientation or gender identity can be found here.