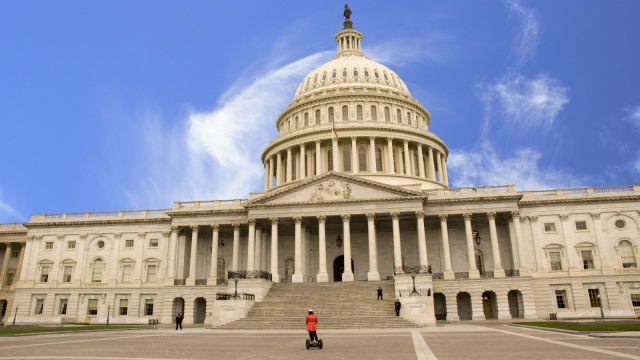 Next Tuesday morning, on the one month anniversary of the horrific attack at an Orlando nightclub where 49 LGBTQ people and allies were murdered and 53 others wounded, the House Oversight and Government Reform Committee is set to hold a hearing on the so-called First Amendment Defense Act (FADA) -- radical legislation that would sanction unprecedented taxpayer-funded discrimination against LGBTQ people. Earlier today, HRC joined over 50 national organizations and 20 local and state organizations in a letter to Chairman Jason Chaffetz urging him to cancel the hearing.

“Congress should be holding hearings on the needs of the victims, their families, and survivors of the Orlando attacks, or on ways to better protect the LGBTQ community from bias-motivated violence or discrimination. But instead, only a month after the attack, they are unconscionably holding a hearing on harmful legislation that singles out the LGBTQ community,” said HRC Government Affairs Director David Stacy. “The misleadingly named First Amendment Defense Act has nothing to do with the First Amendment and everything to do with sanctioning taxpayer-funded discrimination against LGBTQ people. Enough is enough. It’s far past time to stop the legislative attacks on LGBTQ people and their families.”

FADA is tantamount to state sanctioned discrimination. On its face, this legislation purports to prohibit discrimination by the federal government based on individual beliefs about marriage between loving, same-sex couples. In reality, this bill would allow individuals, many businesses, and nonprofit organizations—even those nonprofit organizations and businesses contracting with the federal government— to circumvent critical federal protections designed to protect LGBTQ families from harmful discrimination. Following the U.S. Supreme Court decisions in U.S. v. Windsor and Obergefell v. Hodges, same-sex married couples are entitled to all federal spousal benefits regardless of where they live. Under FADA, however, individual businesses could run roughshod over the civil rights of these couples and deny them the spousal benefits they are entitled to under the law. FADA would allow individuals and businesses using taxpayer dollars to ignore the few federal policies that do exist to protect them if they claim the protections aren’t in line with their personal beliefs.

Among the legislation’s many harms, FADA could even allow any privately owned business to refuse to let an employee take time off to care for their same-sex spouse, in violation of family and medical leave laws – a particularly appalling aspect given the many families currently caring for those who were injured in the Orlando shooting.

A similar anti-LGBTQ measure that was signed into law in Mississippi was blocked by a federal judge on June 30 as a violation of both the Establishment Clause and the Equal Protection Clause of the U.S. Constitution.