Produced by PETA’s 2019 Person of the Year, Joaquin Phoenix, and directed by animal-friendly Victor Kossakovsky, the PETA Oscat–winning film Gunda has been called “mesmerizing.” According to acclaimed filmmaker Paul Thomas Anderson, Gunda is “more like a potion than a movie.” The film tells the intimate stories of a mother pig and her piglets, a family of cows, and some chickens who are all being raised to be killed and eaten.

We can all picture baby pigs frantically suckling at their mother’s teats, but Gunda goes beyond this and artfully paints a detailed picture that lets us feel what it’s like to be a mother pig. This beautiful and ultimately tragic film requires us to put our phones away and tell our hyper-stimulated TikTok brains to hang on a sec, as the powerful story unfolds at its own pace. 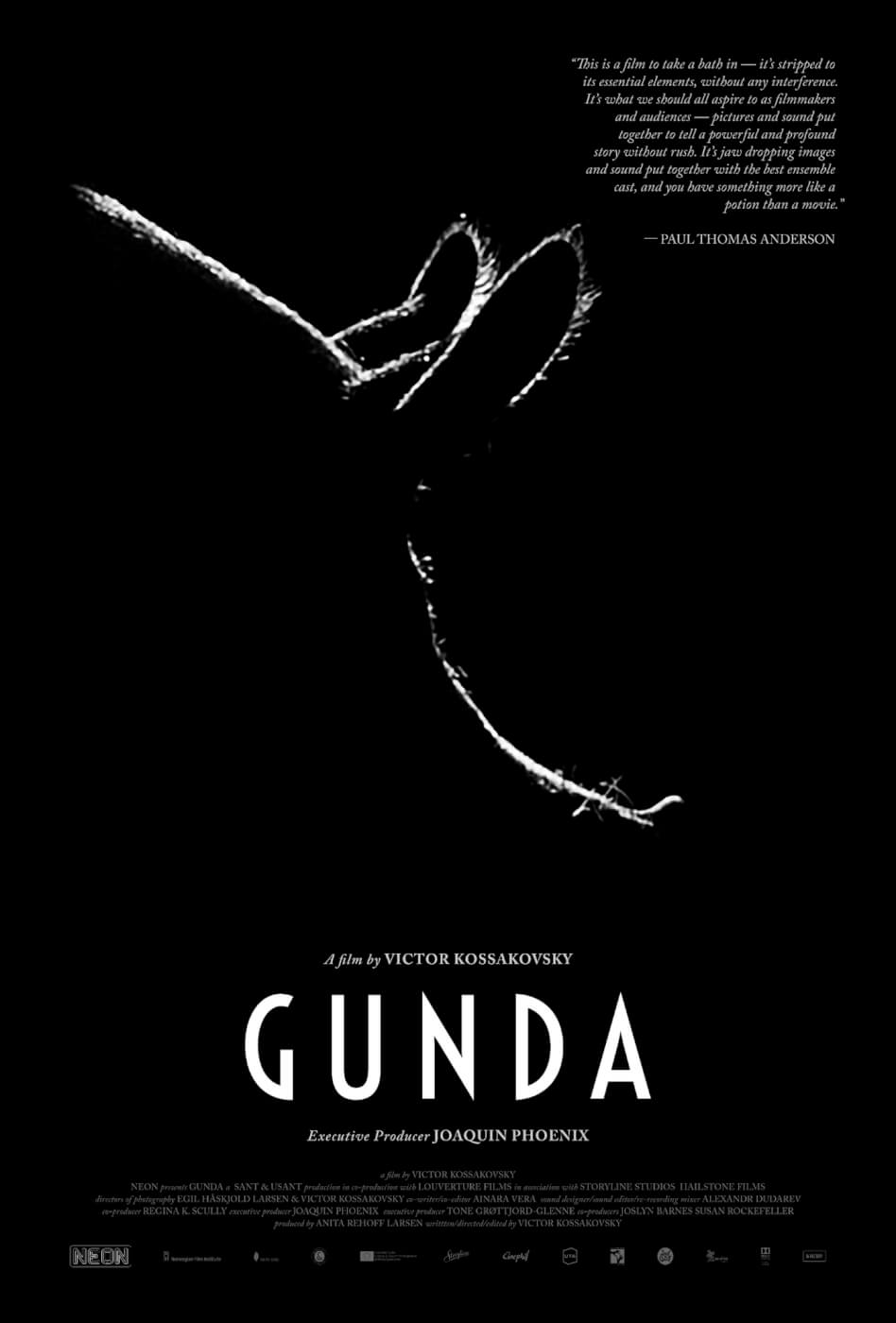 What Is Gunda About?

The documentary follows a sow named Gunda as she gives birth to and raises her piglets. This narrative is interspersed with footage of chickens taking cautious steps in the grass and cows working in teams of two to keep flies at bay. A chicken is unfazed by having only one leg, young pigs curiously catch falling rain in their mouths, and cows jump for joy. It’s safe to say you’ve never seen animals this intimately. The familiarity of words, music, and even color would only have diluted the story, so they were left out, as the raw experience of these other beings’ different way of life engulfs you.

Watch the beautiful and emotional trailer for #Gunda

The upcoming documentary executive-produced by Joaquin Phoenix gives an intimate look into the lives of Gunda & her piglets.

After experiencing this mesmerizing story, you’ll see animals as the individuals they are. pic.twitter.com/JuH76FNbgH

Viewers watch Gunda’s tiny babies grow into juveniles who play with each other, follow their mom around, and learn to root—and then the first real sign of humans appears ….

Watch the film to find out how it ends.

What We Can Take Away From Watching Gunda

Animals raised for food are treated as nothing more than disposable commodities in the meat, egg, and dairy industries. As soon as they’re prime for profit—never mind their personalities, friendships, and families—they’ll be slaughtered and sold at supermarkets. 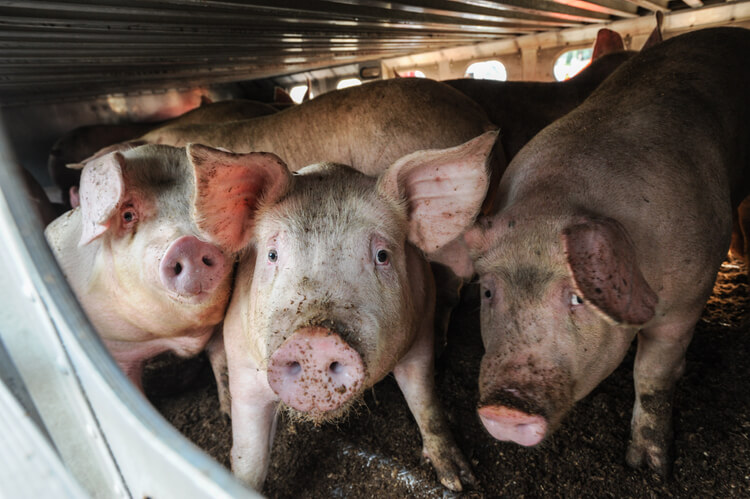 The film reinforces what many caring people have already known for a long time: Animals are sensitive individuals who love their families and friends, feel pain—both physical and emotional—and want to live free from suffering. 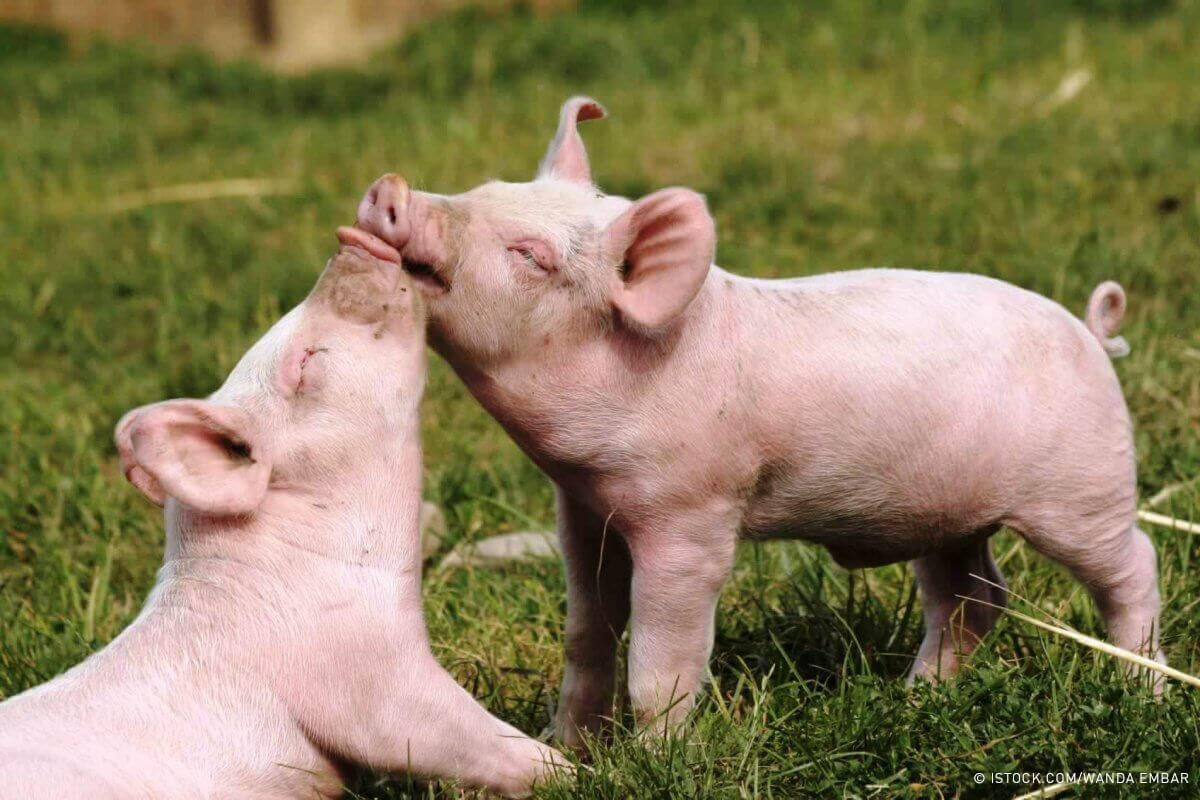 Remember: An estimated 99% of the animals bred and killed for food in the U.S. today are raised on massive, severely crowded, and highly industrialized farms. They don’t live in environments like the one shown in Gunda. Instead, they’re raised in dark, filthy, cramped conditions. Although they experience the same emotions as the dogs and cats with whom we lovingly share our homes, animals used for food are routinely confined to battery cages, hutches, or farrowing and gestation crates. But as Gunda shows us, there’s no such thing as humanely raising animals for food. 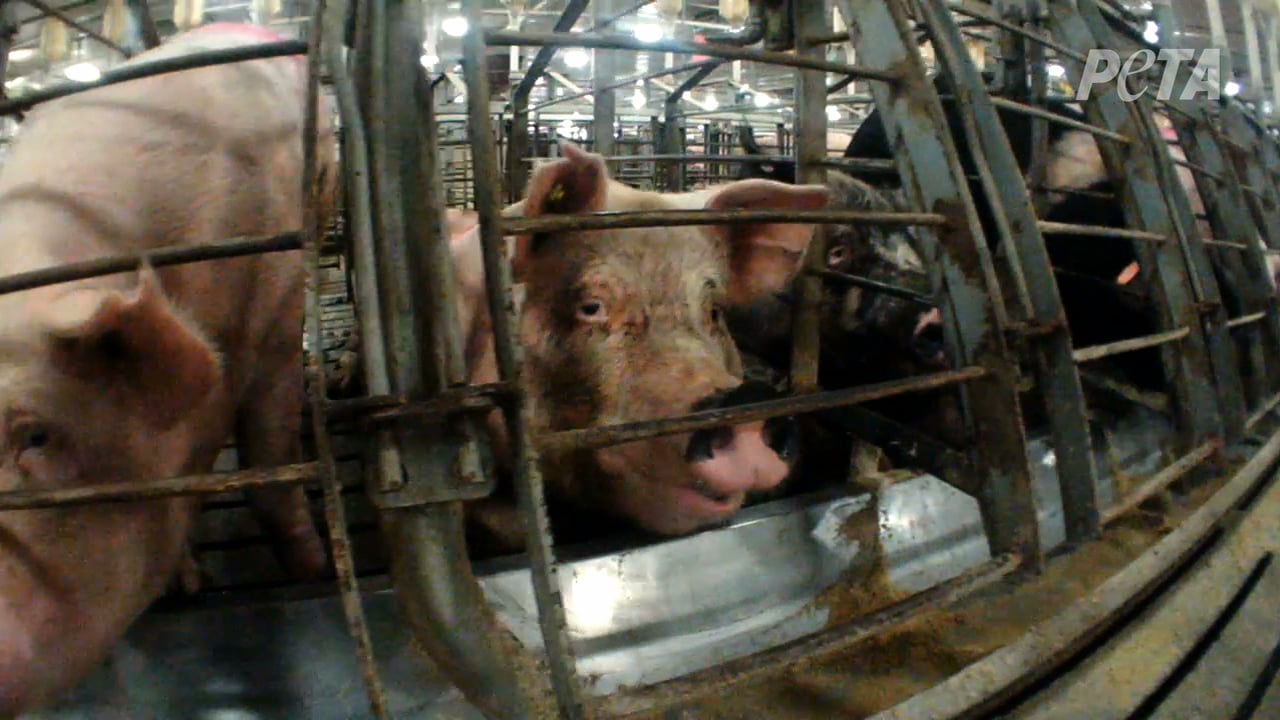 Watch Gunda With Your Friends and Family

Watch the film and help others connect the dots: Animals are people who exist for their own reasons, and they aren’t ours to eat or otherwise use for food.

The post PETA Staffers Are Speechless After Watching ‘Gunda’—Now It’s Your Turn appeared first on PETA.