Since Donald Trump was elected to office on November 8, he has named several members of his administration and transition team. Every single appointee deserves to be thoroughly vetted. And amongst his cabinet picks are three individuals with particularly troubling anti-LGBTQ records: Representative Tom Price, Betsy DeVos and Senator Jeff Sessions. 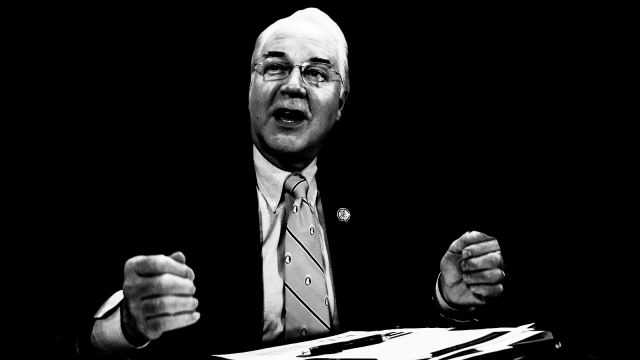 President-Elect Trump named Tom Price as his choice for Secretary of Health and Human Services. Price, who would lead the 80,000-person Department, earned a score of “zero” on the past three HRC Congressional Scorecards. He has:

“Representative Tom Price has a long record of undermining equality,” said HRC President Chad Griffin. “As Secretary of the Department of Health and Human Services, it will be his job to serve all Americans – something he’s spent years avoiding as a United States Congressman. Tom Price must immediately clarify what his plans are when it comes to ensuring the health and safety of LGBTQ Americans.”

“If Betsy DeVos is to serve as our nation’s Secretary of Education, she must clarify whether she shares her family’s support for this abusive practice (conversion therapy), or if she’ll pledge to work to ban it,” Griffin told Politico.

Trump also tapped vehemently anti-LGBTQ Alabama Senator Sessions to be U.S. Attorney General. If confirmed, Sessions would lead the U.S. Department of Justice, which is tasked with the fair and impartial administration of justice. Sessions received a zero on HRC’s congressional scorecard, and the ACLU characterizes his voting record as anti-civil rights. This troubling appointment is in stark contrast with Trump’s pledge to be a “president for all Americans.” Sessions has:

“It is deeply disturbing that Jeff Sessions, who has such clear animus against so many Americans — including the LGBTQ community, women and people of color — could be charged with running the very system of justice designed to protect them,” said Griffin.  “When Donald Trump was elected, he promised to be a president for all Americans, and it is hugely concerning and telling that he would choose a man so consistently opposed to equality as one of his first — and most important — cabinet appointees.”

All cabinet members are all subject to Congressional approval.