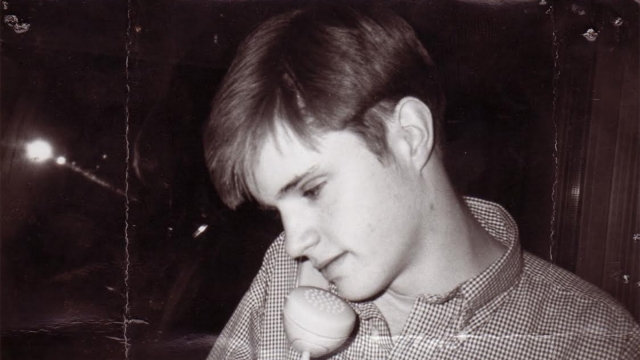 HRC marks the tragic death of Matthew Shepard 21 years ago. As we mourn with the Shepard family, we recommit to our shared work combating hate and advocating for laws that protect LGBTQ people and mandate the accurate accounting of crimes against our community.

Shepard was attacked in Laramie, Wyoming, in an anti-gay hate crime on Oct. 6, 1998. He died from his injuries six days later. In his memory, HRC remains vigilant in its work against hate and to ensure that no one is targeted because of who they are or who they love.

Since his death, significant progress has been made to expand protections and support for victims of hate-motivated crime, including the 2009 Matthew Shepard and James Byrd Jr. Hate Crimes Prevention Act. Just months before Shepard was murdered, Byrd, a Black man, was beaten by a group of white supremacists, tied to the back of a pickup truck and dragged three miles before dying. The Shepard and Byrd families worked tirelessly to pass the historic act.

At this year’s HRC Foundation’s Time to THRIVE conference, Judy and Dennis Shepard were presented with the Upstander Award for their steadfast commitment to advocacy after their son’s horrific murder.

Even with the Hate Crimes Prevention Act, we still have a long way to go. Too many in the LGBTQ community, particularly transgender women of color, are targeted with violence. Just this year, 19 transgender people have been killed — and most were victims of gun violence.

That’s why during her remarks at HRC’s Time to THRIVE conference, Judy Shepard emphasized the importance of protecting LGBTQ people nationwide.

“We have a situation in this country right now that is temporary, but even in this temporary time, it becomes extra important because those who don’t want us here are emboldened in their beliefs… We need to work with the Human Rights Campaign, our own state legislators, our senators because state by state we can do this but we really need to do it federally,” she said.

In the states, it is imperative that local and state law enforcement expand trainings and infrastructure so they can better serve diverse communities — and fully and accurately report on the extent of anti-LGBTQ violence. HRC has also called on state legislatures to pass inclusive non-discrimination protections and hate crimes laws, and the U.S. Senate to pass the Equality Act, which would provide explicit protection for LGBTQ people nationwide. Lawmakers must also act to ensure that training and data-collection around all hate crimes is mandatory, not voluntary.

We must combat the divisive rhetoric and dangerous policies that dehumanize large swaths of the public. The combination of transphobia, homophobia, misogyny, xenophobia and racism can inflame hate, often leading to deadly consequences. That’s why the LGBTQ community needs lawmakers to act with the urgency this ongoing crisis demands.

HRC vows to continue honoring with action the memory of Shepard, Byrd and all those whose lives have been ended by hate.