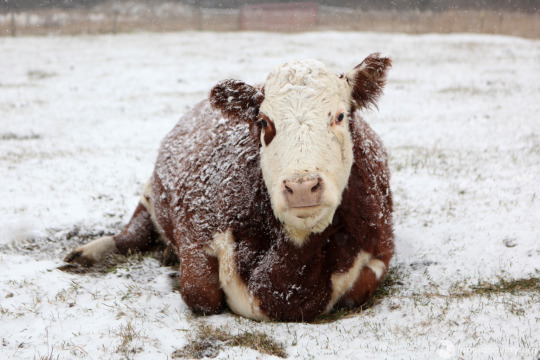 Cattle are prey animals, and they have a fight-or-flight response. Bulls and cows brought to the live markets are originally from farms, where they spend their time with their bovine family and herd outside grazing. A very few of them are shipped into New York live markets; most are sold at auctions and slaughtered elsewhere.

This bull was likely not the only bull, cow, sheep, goat, chicken, duck, etc., who died that day in a Queens slaughterhouse. And he was scared. Even when we have to sedate our friendliest, calmest steers at sanctuary, we walk away after the sedative drugs are given — we don’t chase them or even hang out around them, so that they will feel safe and go to sleep.