Teddy, an 18-month-old beagle who was part of our undercover investigation at a Michigan lab and who was used in an unnecessary one-year pesticide test, was recently at the Michigan statehouse, lobbying for the bill there. Teddy was released from the laboratory as a result of our investigation and was adopted out by the Michigan Humane Society. Photo by Bryan Mitchell/AP Images for the HSUS

It is a bleak life for the approximately 60,000 dogs and 20,000 cats used in testing and research in U.S. laboratories each year. In March, we revealed the sad plight of some of these animals when we did an undercover investigation at a contract laboratory . . .

END_OF_DOCUMENT_TOKEN_TO_BE_REPLACED The norm in China has been a requirement that all companies supply a sample of any new product proposed for sale in the country to a government-approved laboratory, which then performs skin and eye irritation tests in rabbits, and possibly other animal tests, to assess the product’s safety. Photo by NiDerLander/iStockphoto

China has, for a long time, been on the sidelines of the global campaign to end animal testing for cosmetics. Animal tests have, in fact, been a legal requirement for many types of cosmetics made and imported into China, and authorities have traditionally required pre-market . . .

END_OF_DOCUMENT_TOKEN_TO_BE_REPLACED Alex, who our caregivers describe as calm and stoic, is now the oldest resident at the sanctuary. He is old enough to have seen and experienced things that we want to help him forget. Photo by Crystal Alba/Project Chimps

The Humane Society of the United States led a decades-long fight to end the use of chimpanzees in research. After the U.S. Fish and Wildlife Service acted on our petition to declare all chimpanzees as endangered in 2015, effectively ending such use, we supported the . . .

The post Alex the chimpanzee makes a long journey home appeared first on A Humane Nation.

END_OF_DOCUMENT_TOKEN_TO_BE_REPLACED Since 2005, we’ve helped secure more than 2,000 legislative victories in the states. More than 500 of those successes have focused on companion animals.  Photo by iStockphoto

This week, Maryland’s Gov. Larry Hogan signed into law a landmark bill that bans the sales of puppy mill dogs in pet stores and instead encourages stores to work with animal shelters to promote the adoption of homeless pets. He also approved two other animal protection bills, including one that would require that cats and . . .

END_OF_DOCUMENT_TOKEN_TO_BE_REPLACED The HSUS regularly used the records to document cruelty and suffering, such as our annual Horrible Hundred reports that warn consumers about puppy mills with welfare concerns. Photo by Amie Chou/The HSUS

In February 2017, shortly after the new administration took office, the U.S. Department of Agriculture, without prior notice, removed from its website thousands of Animal Welfare Act and Horse Protection Act inspection and enforcement records. These were public records, many containing descriptions of animal neglect and suffering at puppy mills, roadside zoos, research laboratories, and . . .

The post The HSUS sues USDA for failing to release animal welfare records under sunshine law appeared first on A Humane Nation.

END_OF_DOCUMENT_TOKEN_TO_BE_REPLACED Today’s verdict is a fitting end to a horror story that began to unfold in June 2017, when The HSUS assisted in an extraordinary rescue of 84 Great Danes from a New Hampshire mansion belonging to a wealthy breeder. Photo by Lindsay Hamrick/The HSUS

In a huge victory in our ongoing fight against commercial breeders who neglect and mistreat the animals in their care, a New Hampshire jury today found a woman who kept 84 Great Danes in filthy conditions inside a New Hampshire mansion guilty on 17 counts of animal cruelty. This is a fitting end to a . . .

END_OF_DOCUMENT_TOKEN_TO_BE_REPLACED The political operatives who took over at the U.S. Department of Agriculture a year ago say they now want to turn over federally funded inspections of puppy mills, roadside zoos, and research labs to the very groups using the animals. Photo by Kathy Milani/The HSUS

After purging thousands of Animal Welfare Act inspection reports and violation notices that used to be available to the public and were searchable online, the political operatives who took over at the U.S. Department of Agriculture a year ago say they now want to turn over federally funded inspections of puppy mills, roadside zoos, and . . .

END_OF_DOCUMENT_TOKEN_TO_BE_REPLACED It’s no longer mainstream to apply or drop chemical substances onto the skin or into the eyes of rabbits or other animals. Photo by iStockphoto

Some years ago, a handful of companies rejected animal testing as a research and development practice and chose to only market products known to be safe to consumers. As a nod to the growing ranks of consumers concerned about animal cruelty, they affixed a symbol on their packaging to signal “No Animal Testing.” Over time, . . .

The post HSUS calls on L’Oreal to embrace a global ban on animal testing for cosmetics appeared first on A Humane Nation.

END_OF_DOCUMENT_TOKEN_TO_BE_REPLACED People are often distressed when they learn the details of dogs and other animals confined and suffering in laboratories. Whether it’s chimpanzees or animals used in chemical or cosmetic testing, we have worked to bring the plight of these animals to light and to end their suffering. Photo by iStockphoto

Yesterday, I called on you to take action to support a bipartisan amendment to a defense spending bill to halt federal funding of painful experiments on dogs at Veterans Affairs (VA) facilities for the upcoming fiscal year. So many of you responded, and Congress listened. The House passed the amendment last night by voice vote. . . .

END_OF_DOCUMENT_TOKEN_TO_BE_REPLACED 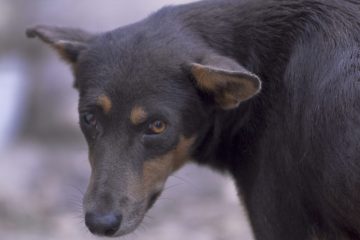 This landmark animal welfare law approved today by Guatemala’s Congress will, for the first time, penalize animal cruelty and its perpetrators, and implement strong protections for animals across a spectrum of other fronts. Photo by Swoan Parker/For HSI

Guatemala, Central America’s biggest and most populous nation with more than 15 million people, has adopted one of the world’s most comprehensive anti-cruelty laws – an omnibus measure that, in addition to its basic anti-cruelty provisions, creates protections for wildlife, companion animals, animals used in research, and animals used in circuses. It bans animal testing . . .