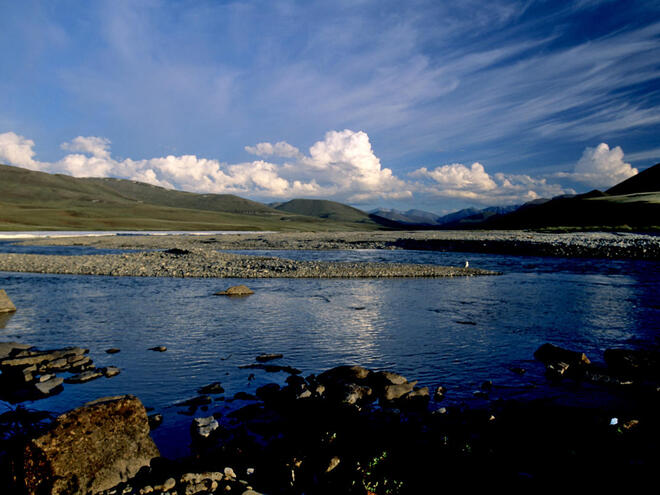 As sunlight returns to northern Alaska, there are hints of a coming renewal on the Coastal Plain—1.5 million acres adjacent to the Beaufort Sea—of the Arctic National Wildlife Refuge.

During their first days in office, the Biden Administration paused all activities that advance oil and gas development on the Coastal Plain of the Arctic Refuge. It’s only a temporary reprieve, but it gives all life in the Refuge some room to breathe. The government is no longer willing to rush through approvals without fully considering scientific advice and engaging in inclusive and meaningful consultation.

No one is quite sure just how much oil is beneath the surface of the Coastal Plain, but there is a strong scientific consensus that it should remain in the ground. Climate change is rapidly changing the Arctic, and its implications are global. More oil to burn would only fuel the climate crisis and put the Refuge and everything living within it at risk from toxic spills and mishaps. Large-scale industrial development would also degrade the majestic Coastal Plain landscape and undermine its ecosystem functions.

Now is the time for bold action that permanently protects the Coastal Plain of the Arctic National Wildlife Refuge.

The Gwich’in Steering Committee website details their peoples’ history as well as the significance of the Arctic National Wildlife Refuge.

The Sovereign Inupiat for a Living Arctic is a group of Inupiat Peoples and community members that strive for a sustainable, equitable society across the Arctic Slope and coastal plain.

History of the region

For millennia, the rich productivity and biodiversity of Arctic landscapes in the Arctic National Wildlife Refuge have sustained Indigenous communities. Today, Indigenous people residing in the United States and Canada – including Gwich’in, Iñupiat, and Inuvialuit – continue to maintain a close connection to the bounty of the environment.

Iñupiat live along Alaska’s northern and northwestern shores, with nearly 300 people living on the Coastal Plain in the village of Kaktovik. Many engage in “subsistence,” the practice of harvesting from Alaska’s great bounty of marine and terrestrial resources and observing traditions linked to the land and sea.

Farther south, Gwich’in communities maintain a subsistence way of life as well. They consider themselves “caribou people,” and their culture, spirituality, and traditions have been deeply intertwined with the Porcupine Caribou Herd for thousands of years.

The Arctic National Wildlife Refuge is one of America’s most spectacular natural treasures and among the most important protected ecosystems in the Arctic. It’s about as large as Connecticut, New Jersey and Delaware combined, with a landscape made up of free-flowing rivers, alpine ecosystems, forests, tundra, coastal lagoons, barrier islands, and expansive wetlands. 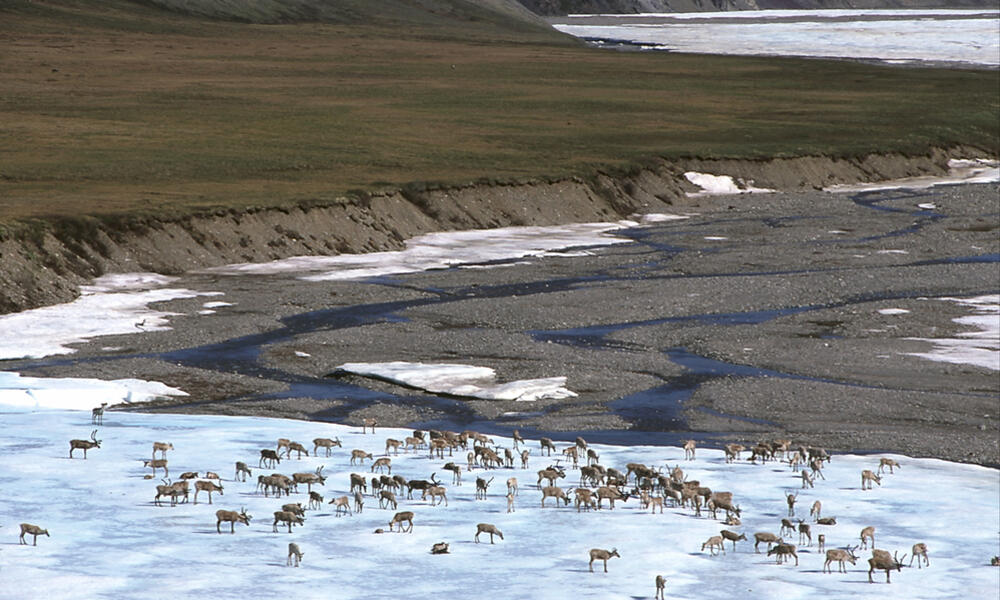 The Arctic National Wildlife Refuge Coastal Plain is home to close to 200 species that enjoy an intact ecosystem tucked in between the peaks of Alaska’s Brooks Range to the south and the Beaufort Sea to the north. The Coastal Plain has one of the highest densities of suitable denning habitat for pregnant polar bears in Alaska, and caribou give birth to calves here every year.

The Coastal Plain and surrounding areas were federally protected through an order issued by the Secretary of the Interior in 1960 “for the purpose of preserving unique wildlife, wilderness and recreational values” of the area. Congress expanded the geographic area, strengthened its protections, and renamed the area the Arctic National Wildlife Refuge through the enactment of the Alaska National Interest Lands Conservation Act (ANILCA) in 1980.

The Southern Beaufort Sea polar bear subpopulation depends on the Arctic Refuge Coastal Plain for habitat. The number of bears fell from 1,500 individuals to about 900 in just a few years in the early 2000s but has remained largely stable since then. Sea ice is essential habitat for polar bears—they use the ice to travel, hunt, find mates, and den. But as the Arctic Ocean’s sea ice cover declines due to the climate crisis, more female bears from the Southern Beaufort Sea population are making their maternal dens on land instead of on the ice. Today, about one-third of all female bears in this population make their dens along the Coastal Plain of the Arctic Refuge. Oil and gas drilling activities in the winter and late spring could disturb or crush polar bears in maternal dens, with potentially deadly consequences for mothers and their cubs.

ASK PRESIDENT BIDEN TO PRIORITIZE THE HEALTH OF PEOPLE, THE ECONOMY, AND THE PLANET

The US must resume its role as a global leader on efforts to stop climate change, protect nature, and promote a more secure, sustainable, and prosperous futureTAKE ACTION

Indigenous communities in and around the Arctic Refuge rely on the Porcupine Caribou herd for subsistence needs. This herd of more than 200,000 animals migrates from Canada to the Coastal Plain of the Refuge every year to birth their calves, forage on high-quality plants and lichens, avoid predators, and seek necessary relief along the Beaufort Sea from otherwise inescapable hordes of mosquitoes. The threats include direct industrial noise and disturbance to caribou mothers and calves, as well as habitat degradation from the construction and operation of oil and gas wells, pipelines, roads, and heavy machinery in the midst of migratory and calving grounds along the coast. Together, these threats have the potential to cause long-term declines in the Porcupine Caribou Herd population.

Why oil and gas activities are still a threat

The oil and gas industry has shown little interest in pursuing development on the Coastal Plain in recent years, and the lease sale held by the US government in January was widely viewed as an epic failure. Nevertheless, opening the Coastal Plain to oil and gas development has remained a political goal of Alaska’s elected officials. In a controversial move, the State of Alaska acquired several oil and gas leases during the recent lease sale, although these could be revoked due to flaws in the Leasing Program decision-making process and pending legal challenges.

A local Alaska Native corporation is still seeking permission to conduct seismic testing on lands it owns within the Refuge’s Coastal Plain, which has high potential to disturb, or possibly even kill, denning polar bears and their cubs, and it is expected to cause widespread damage to the fragile tundra vegetation that supports the Porcupine Caribou Herd and other wildlife. However, the corporation failed to indicate exactly where denning polar bears would be impacted by seismic testing—a reporting requirement for Department of Interior permits—making it increasingly unlikely that the damaging plans will move forward in the refuge. Additionally, this work must be done during winter and there won’t be time for the federal government to consider permitting the activity this year.

While the Biden administration assesses what it inherited from the previous government, it’s important to continue reminding the administration that steps must be taken to permanently eliminate the threat of oil and gas activities in the Arctic National Wildlife Refuge once and for all.