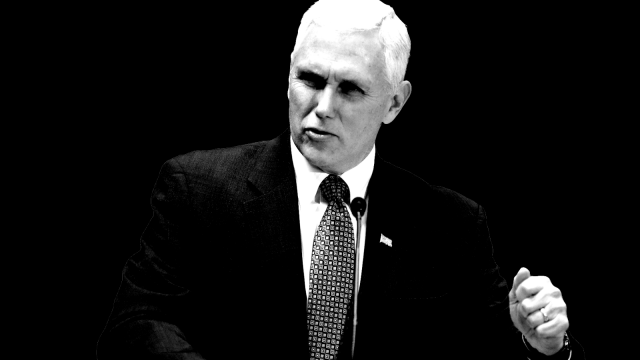 HRC blasted Donald Trump for doubling down on his anti-equality agenda by choosing as his running mate Indiana Gov. Mike Pence, who has made virulent anti-LGBTQ activism a cornerstone of his political career. “Donald Trump just doubled down on his agenda of hate and discrimination by choosing the notoriously anti-LGBTQ Mike Pence for his ticket,” said HRC President Chad Griffin. “Mike Pence has never left any question about his animus toward LGBTQ people, from peddling a hateful and damaging ‘right to discriminate bill’ in Indiana last year, to his longstanding opposition to marriage equality -- positions shared by Donald Trump.” Griffin Continued: “Hillary Clinton has laid out the most ambitious agenda for LGBTQ equality that our nation has ever seen from a presidential candidate. She will not only protect the gains we have made over the last eight years, but fight for full federal equality day in and day out in the White House.” Pence became a national disgrace in 2015, for his “license to discriminate” bill that could have allowed businesses to deny service to LGBTQ people -- and subsequently defending the bill over an outcry from the business community and a majority of Hoosier voters. In a now notorious interview with ABC last year, Pence refused to answer eight separate times when asked whether businesses should be able to discriminate against LGBTQ people. Pence’s discriminatory bill had enormous consequences for the business and economic health of Indiana after a flood of companies spoke out against his bill. Indianapolis’s nonprofit tourism agency estimated that in their city alone, Pence’s anti-LGBTQ bill cost up to 12 conventions and $60 million in lost revenue. Polling conducted by HRC after the 2015 fight found that 75 percent of Hoosiers said the debate was bad for the state’s economy and 70 percent of those surveyed said they opposed to the law. Hoosiers continue to have strongly negative feelings toward Pence. In a recent poll, only 36 percent said that Pence deserved re-election, and they gave their governor a net negative job disapproval rating. Only 40 percent approved of his job performance and 42 percent disapproved. Pence also opposes marriage equality and Department of Education guidelines supporting transgender students. When serving in Congress, he voted against the Employment Non-Discrimination Act, the repeal of “Don’t Ask, Don’t Tell” and the Matthew Shepard and James Byrd Jr. Hate Crimes Prevention Act, calling it a “radical social agenda.” In recent weeks, Trump has reaffirmed his opposition to transgender equality, appeared alongside Tony Perkins -- leader of SPLC-designated hate group the Family Research Council -- and delusionally bragged about fictional support from the LGBTQ community in the wake of the Pulse nightclub shooting in Orlando. His false claims about his own support are belied by his own long record of opposing LGBTQ equality. Here’s a snapshot of where the two align in their pursuit of undermining LGBTQ equality: On Marriage Equality On Non-Discrimination Protections On Transgender Equality