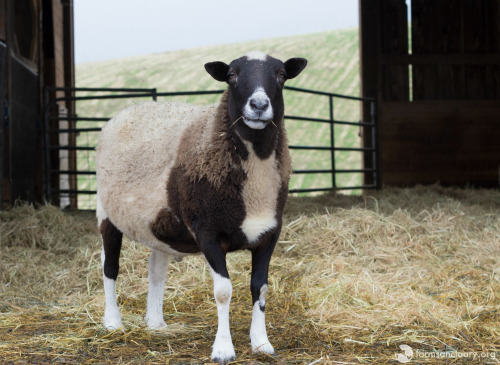 Bleu sheep’s start in life was anything but easy. He was a twin, but the owner of the sheep farm on which he was born observed that the lambs’ mother was only allowing one of the babies to suckle. Bleu was the left-out lamb, and he would clearly need extra care in order to thrive — but the farm owner was either unable or unwilling to provide it. 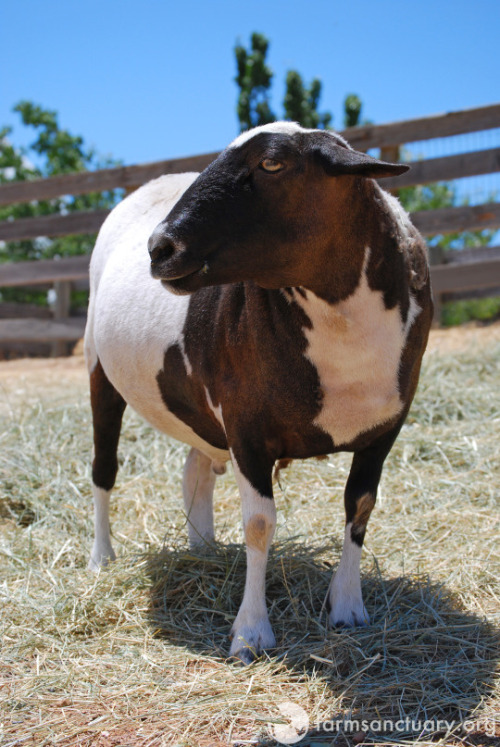 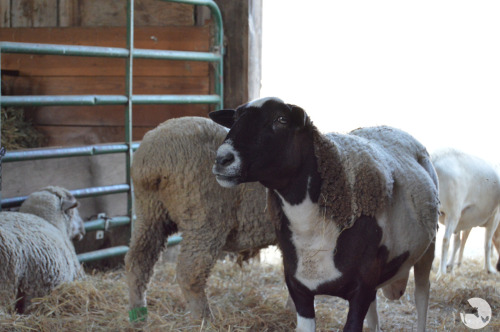 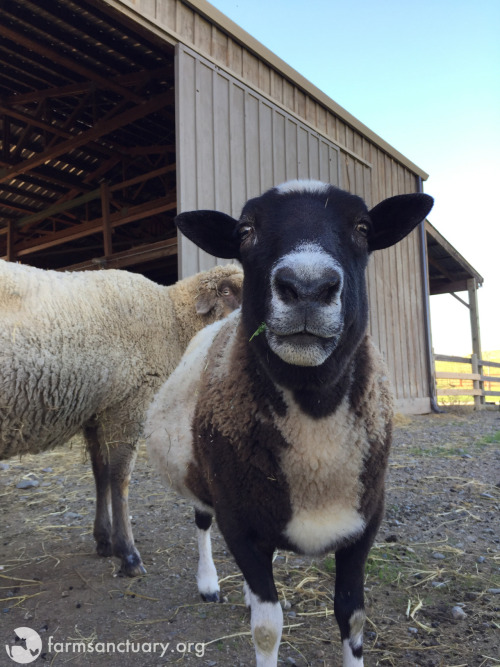 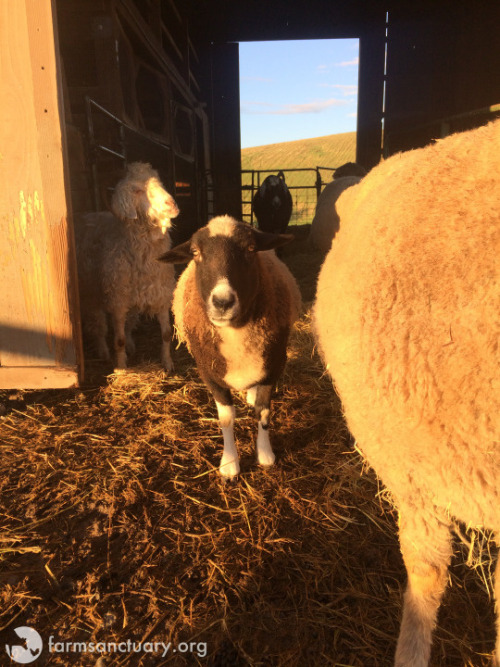 Fortunately for Bleu, things took a turn for the better when a compassionate couple learned of his situation, took him in, and nursed him back to health. The young lamb lived with this couple for five weeks, during which time they fed, cleaned, loved, and played with him. But the couple knew that in the long run, they would not be able to offer Bleu the life he deserved, so they reached out to Farm Sanctuary, hoping to find him a home where he would receive lifelong care and have lots of sheep and human friends.

On the day Bleu made the trip up to our Northern California Shelter, he seemed to sense right away that he was home. He quickly settled into his new life at sanctuary — and in the process, started stealing the hearts of every new person he met.

Soon, though, it was not just his caregivers’ hearts he was stealing, but those of his fellow  “sheeple” as well! The first sheep he met was a lady named Persia. Bleu was so thrilled to learn he was not the only sheep in the world that he followed Persia everywhere, and would spend hours mesmerized by her. They are still close friends to this day!

In addition to his pal Persia, Bleu now has an entire flock of sheep friends (and some elderly goats as well). He spends his days hanging out with his sheeple, grazing in the fields, and either enjoying the mister fans in the barns in the summer, or the warm sun outdoors in the winter.

Bleu lives the best of both worlds at Farm Sanctuary — he gets to hang out with his humanimal friends and his sheeple whenever he wants.

He is one of the first sheep to run up to you in the barn, and will position his back right in front of you so you can scratch him in just the right spot.

Bleu loves a good back scratch!

Bleu has a big personality, and when he was a young sheep, he  had a big belly to match! We loved his roly-poly persona, but we did have to put him on a small diet to get him down to a healthy weight for a sheep of his size.

While not a huge fan of the diet at first, Bleu quickly adapted, and we were able to get him down to a healthy weight. And this good-natured boy didn’t harbor one bit of diet-related ill will against his caregivers —

Getting to know and spend time with all of our residents is an important part of sanctuary caregiving. Staffers know and love Bleu’s outgoing personality, so when he wasn’t his typical friendly self one day in 2014, we immediately became concerned. He was lethargic and didn’t want any attention from his human or sheep friends, and we suspected that he might have a urinary blockage. We rushed him to a veterinary hospital for diagnosis and treatment.

At the hospital, it was confirmed that Bleu did indeed have a urethral stone that was blocking the urine from exiting his bladder as it normally would. He underwent emergency surgery to remove the stone. He had to be hospitalized and underwent many treatments, including injectable antibiotics, pain medications, and a gastrointestinal protectant during this time. Any time one of our residents requires surgery, it is a very scary and stressful situation — but fortunately, 10 days after his surgery, he was cleared to come home to complete his treatments.

We were so relieved to have our beloved Bleu back at home, and he was equally excited to be here! Since then, Bleu has been back to living it up at the sanctuary. He loves to wait for the caregivers to throw down new hay in the mornings and evenings — but even more than that, he loves it when they are finished and ready to give him a good back scratch. He will often coax  staff members into hanging out with him an extra few minutes for some extra snuggle time (okay, maybe every day, multiple times a day). His beaming and loving face just cannot be denied as much snuggle time as possible.

One of Bleu’s favorite parts of the day is when he and his sheeple friends get put out onto their larger pasture. They love this hilly area, and will often race down the hill in their yard to have access to it.

Each and every day, Bleu enjoys the best things life has to offer. We will continue to make sure he has everything he could ever want at Farm Sanctuary — and we will love every minute of it!