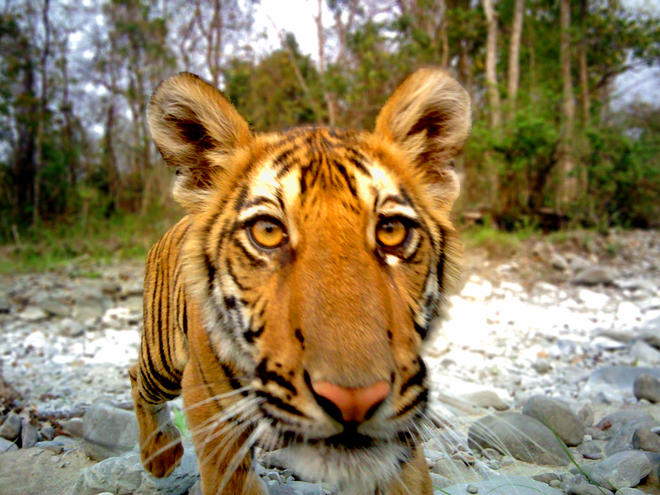 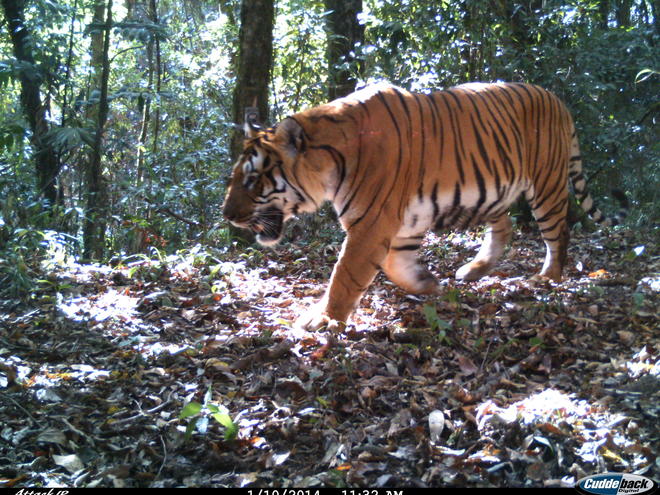 In less than a decade, Bhutan’s Royal Manas National Park has achieved a big win for tiger conservation. From only 10 tigers in 2010, its population has now grown to 22.

Singye Wangmo, the Royal Manas National Park’s manager, credits the increase to the great teamwork, including strong transboundary collaboration with Indian counterparts in India’s Manas National Park and partnerships with local communities and WWF, and the leadership of the Royal Government of Bhutan to protect the endangered cat.

With a global population of as few as 3,890 wild tigers, every population increase matters. The latest numbers inside Royal Manas indicate the park may hold one of Bhutan’s largest tiger populations. It is a significant step towards achieving the goal of doubling the world’s wild tigers.

Bhutan is one of 13 tiger countries that committed to doubling the world’s wild tigers by 2022. The concerted conservation efforts spurred by that goal–often known as Tx2–have already seen wild tiger numbers grow from 3200 in 2010 toto as few as 3,890 today, the first rise in populations in over 100 years. But there is still much work to be done to save this species.

Once found in diverse habitats across Asia, the world’s wild tiger population has shrunk by over 95 per cent in the last century due to illegal tiger trade, poaching, and habitat loss. Today, the world is at risk of losing this iconic species completely.

WWF is working with governments and scientists on the ground to conduct scientific monitoring of tiger populations–an essential component of understanding and managing populations – in addition to supporting anti-poaching efforts, addressing the illegal wildlife trade, and preventing habitat loss and human-wildlife conflict.

“This increase in tiger numbers is a testament to the commitment of tiger range states like Bhutan to protect, conserve and, double their tigers,” said Nilanga Jayasinghe, senior program officer for Asian Species at WWF, “and monitoring enables scientists and governments to assess predator and prey populations, as well as the health of tiger habitats.