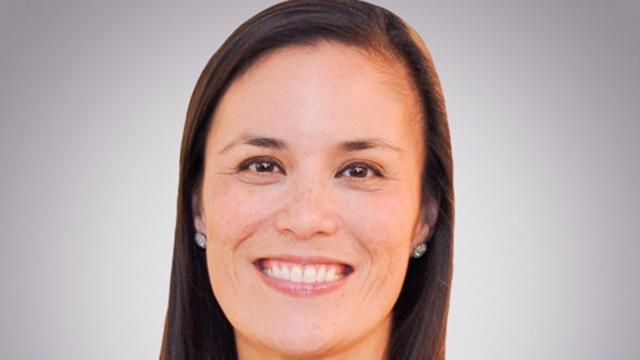 HRC announced its endorsement of Gina Ortiz Jones in her historic bid to represent Texas’ twenty-third congressional district in the U.S. House of Representatives.

If elected, Ortiz Jones will become the first openly LGBTQ member of Congress elected from Texas. She served in the U.S. military under “Don’t Ask, Don’t Tell” (DADT), which banned gay, lesbian, or bisexual individuals from serving openly in the military. Repealed in 2010, the discriminatory law was in place for 17 years. Since serving, Ortiz Jones has spoken out about the fear she experienced under DADT and her desire to never again be forced back into the closet. Ortiz Jones has made LGBTQ equality a priority in her campaign platform. HRC was proud to endorse Ortiz Jones in her nailbiter 2018 bid.

“Gina Ortiz Jones has the opportunity to make history in Texas and help grow the historic pro-equality majority in Congress,” said HRC President Alphonso David. “As an openly LGBTQ military service member who served under ‘Don’t Ask Don’t Tell,’ Ortiz Jones will have a unique opportunity to share her story and fight back against the Trump-Pence administration’s continued attacks on LGBTQ people — and particularly on LGBTQ military service members. The Human Rights Campaign is proud to endorse Gina Ortiz Jones and fight alongside her as she works to make Texas a more fair and just place for all.”

“I’m honored to earn the HRC endorsement again this year,” said Gina Ortiz Jones. “As an LGBTQ veteran who served under ‘Don’t Ask Don’t Tell,’ I know firsthand what is at stake when our elected officials don’t have the moral courage to ensure everyone is treated equally under the law. I am proud to partner with HRC in our fight for equality and fairness, and their support will be critical to our 2020 victory.”

“Gina Ortiz Jones will be a strong voice for all Texans, especially LGBTQ Texans in Congress,” said HRC Texas State Director Rebecca Marques. “Texas has an opportunity to make history in 2020 by electing our state’s first openly LGBTQ member of Congress. HRC will work tirelessly alongside her campaign to ensure Ortiz Jones is successful.”

In 2018, HRC deployed staff on the ground across the state to help elect Ortiz Jones and other pro-equality candidates across Texas. Alongside its three permanent full-time staff in Texas and four local volunteer steering committees, HRC deployed 13 additional staff and organizers for a major get-out-the-vote effort across the state. Over the last four days in Texas, HRC members and supporters knocked on over thousands of doors and texted over 27,000 Texans voting resources and reminders. In addition to robust door-to-door, mail and phone canvassing in partnership with local groups including Equality Texas, HRC hosted four Equality Action Academy trainings to give HRC members and supporters the tools they need to take action locally in legislative advocacy and in support of pro-equality candidate campaigns.