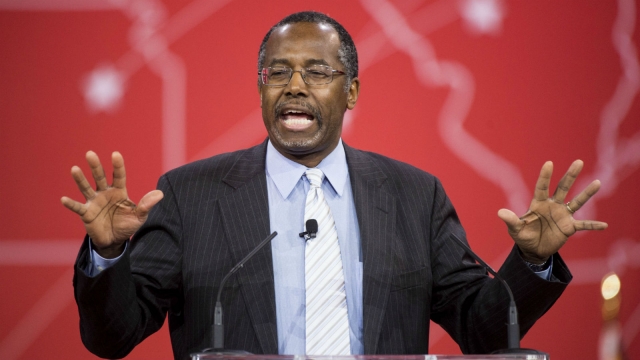 HRC responded to Secretary Ben Carson’s release of a new mission statement for the Department of Housing and Urban Development (HUD) that removed several key phrases from the existing mission statement that prioritized fighting discrimination in housing and supporting access and inclusivity in all communities:

On March 5th, HUD released a statement to staff announcing that the department’s mission statement would be updated “in an effort to align HUD’s mission with the Secretary’s priorities and that of the Administration.” The new mission statement removes several key phrases, including “strong, sustainable, inclusive communities and quality affordable homes for all” and “inclusive and sustainable communities free from discrimination.”

“This is another effort by the Trump-Pence Administration and Secretary Carson to erase LGBTQ people and other marginalized communities from key protections and language across agencies,” said Sarah Warbelow, HRC Legal Affairs Director. “Secretary Carson has a troubling history of denying that LGBTQ people encounter discrimination, calling the fight for full equality a demand for ‘extra rights.’ It is unconscionable that a federal agency created, in part, to fight discrimination is being led by someone who has long denied such discrimination exists.”

After being chosen to lead HUD in early 2017, Carson pointedly remarked that “no one gets extra rights” when asked how he would direct HUD to protect LGBTQ people, who are more vulnerable to housing discrimination. Although not protected explicitly in the Fair Housing Act, federal courts have recognized discrimination on the basis of sexual orientation and gender identity as illegal under the Act.  Under Carson’s immediate predecessors, HUD also took direct steps to address housing discrimination against the LGBTQ community and to ban it in HUD-funded housing.

In 2015, Carson responded defensively when CNN asked him if LGBTQ people face discrimination, saying “everybody probably has somebody who discriminates against them” and asking the interviewer if they could move on to something “more important.” Three months earlier, Carson inexplicably told CNN that prisons prove being gay is a choice, for which he later apologized.

In December, the Trump-Pence Administration came under heavy fire for reportedly directing the Centers for Disease Control (CDC) to remove seven words from all future reports it issued, including “transgender”, “diversity”, and “fetus.”

HRC has always fought for the inclusion and affirmation of LGBTQ people in all spaces and communities and will continue that fight.