HRC was recently honored with a Shorty Social Good Award for Best Video for HRC’s Moms for Transgender Equality campaign.

Last year, one day before Transgender Day of Remembrance (TDOR), HRC released our first Moms for Transgender Equality video. As communities around the globe prepared and gathered for TDOR, HRC recommitted to the work ahead for the next generation, sharing the stories of several parents of transgender and gender-expansive youth who have pledged to make the world safer for their children. 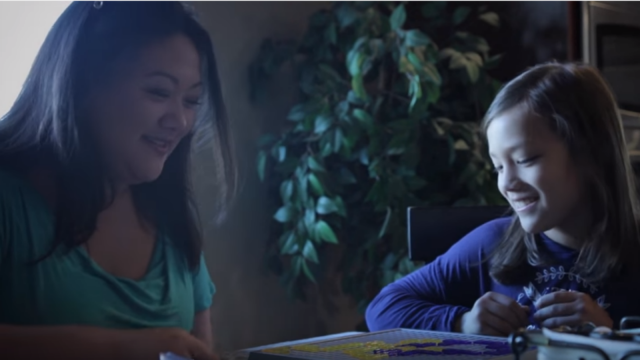 The videos combined had over 7.3 million views and over 200,000 interactions on Facebook alone and reached millions more around the globe. The videos gave a face and name to the issues facing transgender children, creating a dialogue around how to better support and advocate for transgender youth and their families. Months after they were posted, the videos continue to receive comments, views, shares and likes.

Earlier this year, HRC launched a Dads for Transgender Equality campaign, featuring some of the spectacular dads of transgender boys and girls of all ages who have become vocal advocates for transgender equality. These videos also highlight the fear and hurt their families face due to anti-transgender prejudice and policies.

This month, HRC launched a new, groundbreaking Parents for Transgender Equality Council, a coalition of the nation’s leading parent-advocates working for equality and fairness for transgender people.

As we marked Transgender Week of Awareness, HRC hoped to continue the dialogue on and offline about how to better support transgender youth and educate the world about the reality many transgender and gender-expansive youth and their families face.

The Shorty Social Good honor the social good initiatives brands, agencies and non-profits are taking to make our world a better place. While the Shorty Awards have long-honored the best of social media, this competition includes efforts made by organizations to improve sustainability and diversity internally, foster globally-minded business partnerships and increase employee community and civic engagement. Learn more about the Shorty Social Good Awards here.

This week, HRC marks Transgender Week of Awareness, dedicated to the progress, continued challenges, and unfinished work in the fight for transgender equality. Throughout the week, HRC will dedicate each day to urgent and important issues facing the transgender community, including support for youth and families, workplace equality, access to life-saving and inclusive health care, and combatting violence against the transgender community. The week concludes with Transgender Day of Remembrance on November 20 when the community comes together for vigils around the country to honor those lost in the past year. Learn more at hrc.im/TransAwarenessWeek.