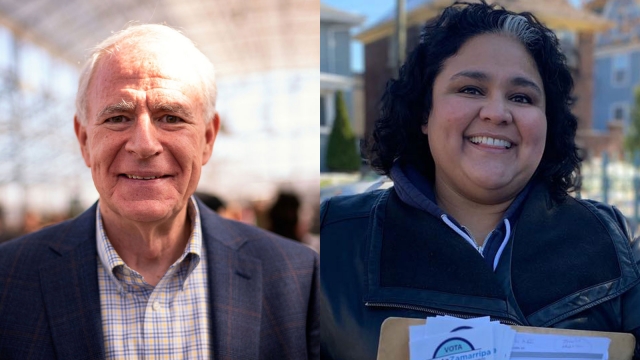 HRC celebrated Mayor Tom Barrett’s reelection and Assemblywoman JoCasta Zamarripa’s historic win in her race for Milwaukee Alderwoman.
“Despite efforts to limit turnout, Milwaukee has made history,” said HRC President Alphonso David. “The city reelected a strongly pro-equality mayor in Tom Barrett and elected its first LGBTQ member of the Common Council. Throughout his tenure, Mayor Barrett has prioritized inclusiveness and equality, and Assemblywoman Zamarripa has been one of Wisconsin’s fiercest advocates for LGBTQ people and communities of color in the state legislature. We were proud to stand with Mayor Barrett and Assemblywoman Zamarripa throughout this election, and look forward to working with them both to move Milwaukee forward.”
Last week, HRC President Alphonso David condemned the partisan process that forced Wisconsinites to go to the polls despite the ongoing pandemic. Despite the efforts of Wisconsin and national Republicans to limit access to the ballot, HRC worked to make sure as many Equality Voters as possible across the state had the resources and tools to vote safely from home.
Mayor Barrett has made Milwaukee one of the most LGBTQ inclusive cities nationwide. In 2018, for the first time, Milwaukee earned a top score on HRC’s Municipal Equality Index and earned that top score again in 2019. Elected in 2010, Zamarripa has been integral to the progress LGBTQ people have made in Wisconsin. Upon her inauguration, Zamarripa will become the first openly LGBTQ member of the Milwaukee Common Council.
HRC has prioritized investments and organizing in Wisconsin since 2017. This spring election, HRC contacted over 22,000 members and supporters to boost pro-equality turnout.