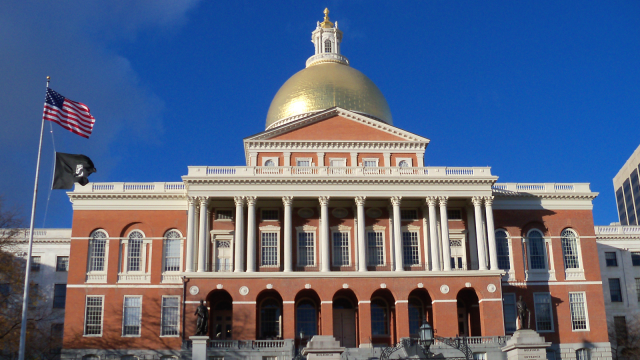 “By signing this bipartisan legislation into law, Governor Baker has joined the growing list of fair-minded Republicans who are standing up for equality,” said HRC President Chad Griffin. “Equality is not a Republican or Democratic value, it’s an American value. This crucially important measure will help ensure transgender Bay State residents and visitors are protected from discrimination in public spaces.”

Gov. Baker’s action is a lesson in leadership for North Carolina Republican Governor Pat McCrory, who continues to defend a deeply discriminatory law that prevents transgender people from using restrooms and other facilities in public buildings consistent with their gender identity. While Gov. Baker has sent a strong message that Massachusetts is a welcoming place that’s open for business to all, Gov. McCrory continues to ignore the overwhelming chorus of voices demanding the law be repealed, including the business community. More than 200 major CEOs and business leaders have signed an open letter to Gov. McCrory calling on him and the state legislature to repeal the disastrous law because it is bad for their employees and bad for business.

Massachusetts becomes the 19th state with non-discrimination protections on the basis of sexual orientation and gender identity in public accommodations, housing, and employment. In addition, similar protections exist in more than 100 cities across the country, including Atlanta, Dallas, and Louisville.

There is overwhelming support throughout the state and the region for the protections Governor Baker signed into law today. The legislation has been endorsed by every New England professional sports team, state education groups, the Boston Globe editorial board and a host of officials including, U.S. Rep. Joe Kennedy III, U.S. Senator Elizabeth Warren, Boston Mayor Marty Walsh, and Massachusetts Attorney General Maura Healey.

HRC mobilized its thousands of members and supporters across the state to speak out for the legislation, and committed staff and other resources to a coalition effort called Freedom Massachusetts, in the effort to pass it into law.