The scientific consensus is clear and compelling: our climate is changing at a dangerous and unprecedented rate. Every year, we are seeing increasingly severe impacts, including more frequent and more intense droughts, floods and wildfires; dropping agricultural yields; rising sea levels; and acidifying oceans. At the root of these changes is a warming climate driven by man-made changes to the atmosphere, largely from rising greenhouse gas emissions coming from power plants, transportation, industry, and deforestation.

As the natural world changes around us, so does our way of life in ways both large and small. It is the most vulnerable communities that will bear the worst impacts of these changes, both around the world and here in the United States. But the economic impact of rising seas, more extreme weather and unraveling ecosystems will affect us all. In many places, severe impacts have already arrived: one need only look to America’s Arctic, which is warming as quickly as any place else on Earth, to see a sign of what is to come. 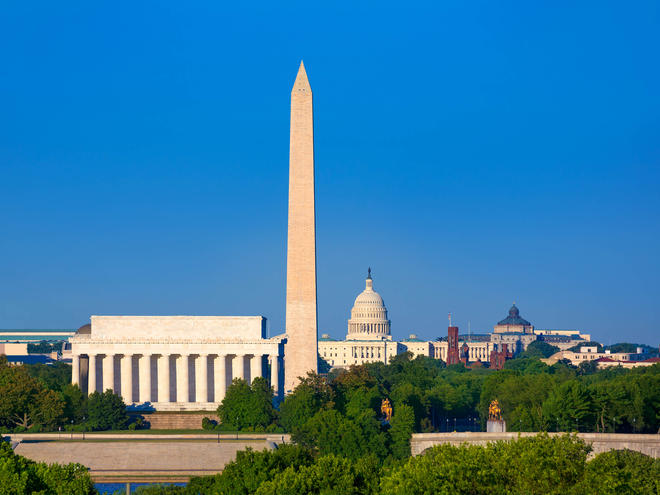 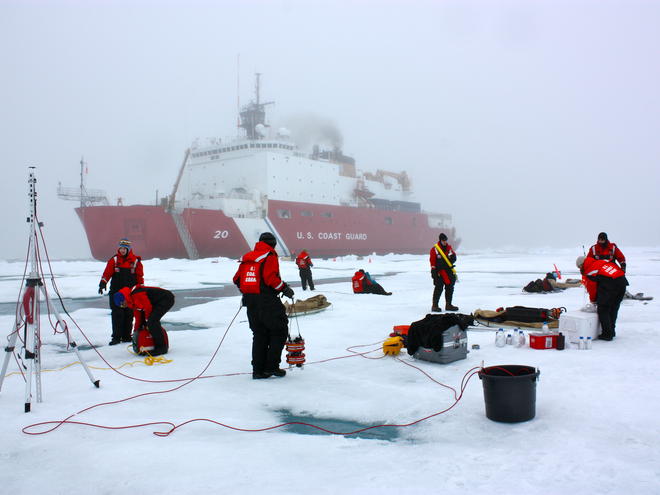 The science tells us that, if we want to avoid the worst impacts and major economic losses, we must cut our emissions deeply and urgently. This means that all countries, including the US, must act together to address this global problem. We need continued US leadership on climate change here at home and continued cooperation with our partners around the globe. The good news is that this huge challenge also presents a huge opportunity: by tackling this problem now, we can grow our economy and transform our nation into a clean energy superpower – creating millions of good paying jobs and increasing our energy security while also saving the planet. This transformation is already underway globally. The US can choose to continue to lead it or be left behind.

Congress and the new Administration must continue to make action on climate change a priority, both at home and abroad.

Read on below to find out how they should do so.

Honor international commitments on climate change
Climate change is an international problem requiring an international solution. In 2015, the world laid the groundwork for that solution with the Paris Agreement, which was signed by 194 countries and came into effect in November 2016. The agreement requires countries to submit national plans to reduce emissions and sets us on a path to limit global warming to 2 degrees Celsius or less. The US was instrumental in helping to achieve the agreement and should continue to play a positive role in its implementation, including working to meet or exceed our own Paris commitments. Read more.

A great nation keeps its promises, and our own prosperity and security are enhanced when we cooperate with other countries to solve the world’s most pressing challenges, including combating climate change. Under the Paris Agreement, developing countries are committed to transition their economies toward a zero-carbon future and to support communities that are most vulnerable to climate impacts. Developed countries, including the U.S., agreed to support this process. In addition to keeping our promise to cut our own carbon pollution, we urge the US Government to honor our commitment to support developing countries under the Paris Agreement.

Reduce US carbon emissions
As the largest historical emitter of fossil fuels and the world’s largest economy, the US has a leading role to play in reducing global emissions and driving the transition toward cleaner forms of energy. The American people strongly support these objectives, as do businesses, municipalities, and many state and local governments. Under the Clean Air Act, the US is legally required to regulate carbon pollution to protect human health and welfare. Read more.

The US government has taken several steps to achieve this, including limiting power plant emissions via the Clean Power Plan, increasing car and truck fuel efficiency standards, improving building efficiency codes, and providing incentives for the development and deployment of clean and renewable forms of energy. All of these steps are necessary. But additional action will be needed from Congress and the Administration to achieve US commitments and help the world meet the Paris Agreement’s target of limiting global average temperature rise to well below 2 degrees Celsius.

Renewable energy development is now a major source of American jobs and investment and is supported by major American corporations in all regions of the country. The solar industry is one of the fastest growing in the nation, accounting for roughly 70,000 new jobs in 2016, which was two percent of all new jobs created that year and more than those from oil, natural gas and coal combined. The solar industry now employs nearly twice as many Americans as coal. By continuing policies that accelerate the transition to a clean energy economy, the US is creating new economic opportunities and well-paying jobs for Americans while minimizing our nation’s dependence on fossil fuels and reducing the carbon emissions that are driving dangerous climate change.

Support climate science
Through agencies such as the Department of Energy, NASA, NOAA and the U.S. Geological Survey, the United States has been a global leader on climate science and research. These programs provide critical data on the changes that are underway in our atmosphere, what is driving them, and what the present and future impacts will be on the U.S., its security, its economy, and its citizens. Read more.

One need only look to the rapid changes underway in America’s Arctic and the challenges they are posing for fisheries and resource management, native communities, development and infrastructure, and evolving military strategies to see the importance of federal climate research and observations programs. Congress should continue to provide strong support to these efforts to collect and process data on our rapidly changing planet, including impacts on vulnerable regions throughout the US.

Learn more about how WWF works to secure transformative change at all levels of government in the U.S. and overseas.