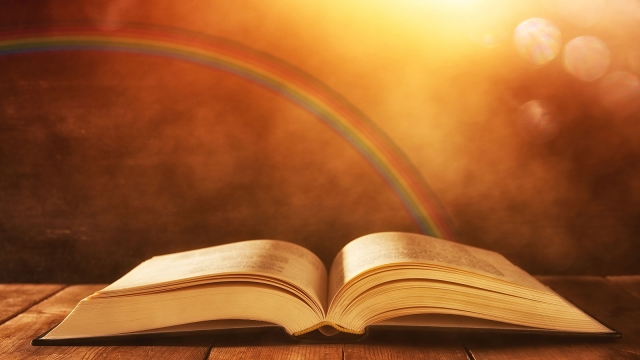 Recently, the U.S. Supreme Court announced a landmark decision, ruling that LGBTQ people are protected from workplace discrimination under Title VII of the Civil Rights Act of 1964. Almost as soon as the decision was released, however, the religious right began speaking out against it, with Archbishop Jose H. Gomez calling the decision “an injustice” and evangelist Franklin Graham saying the court “went too far.” These leaders of the religious right long for a world where the LGBTQ community is denied full equality.

However, although voices like these are often the loudest, they are not in the majority. The number of people from religious and faith traditions who support justice and equality for LGBTQ people is far greater. In fact, justice is at the very heart and foundation of every spiritual tradition. The Bible is a moral and spiritual document for almost one-third of the world’s population, and an invitation to consider a world that is just and equitable.

Two leaders who understood and lived out that moral vision are the Rev. Pauli Murray and the Rev. Dr. Martin Luther King Jr., both among the Black faith leaders who labored tirelessly to bring us the Civil Rights Act of 1964 — the law that paved the way for the possibility and potentiality of true justice and equity for marginalized communities today. They drew their inspiration for the work of justice and liberation from the same document that today’s leaders of the religious right use to spread hatred and unjust discrimination against marginalized populations.

In his opinion, when looking at the text of the statute in question, Justice Gorsuch wrote that “the limits of the drafter’s imagination supply no reason to ignore the law’s demands.” Drawing from the ethics of the Apostle St. Paul, Justice Gorsuch’s decision reflects that the spirit of the law is freedom. And though there may have been limitations of the imagination of the authors of many foundational texts — be they the authors of the Bible, the Constitution or the Civil Rights Act — the spirit of these texts remains one of freedom, of justice, of equality and of liberation.

When the LGBTQ community experiences victories like the one we are currently celebrating, we must remember to honor these pivotal faith leaders who resolutely tilled a land soiled with injustice in the hope that one day their posterity might reap a harvest of liberation. We must also remember that the faith leaders who are following in the footsteps of the Rev. Murray and the Rev. Dr. King far outnumber the immoral voices who are fighting a losing battle of injustice.

While we wait eagerly for the day when religious leaders of all faith backgrounds and traditions embrace this vision of justice, we must continue the work toward full equality that honorable faith leaders began for us. But in this inauspicious and volatile political climate, we must be unshaken in our commitment to passing pro-equality legislation, such as the Equality Act, as we continue to fight to end the epidemic of violence against transgender and gender non-conforming people and remain resolute in our fight to end white supremacy.

Visit hrc.org/Religion to learn more and to find additional resources.