Protestant Christians — and especially Lutherans — have come a long way on LGBTQ issues since their founder and namesake, Martin Luther, is said to have nailed his 95 theses (“On the Power of Indulgences”) on the door of a Roman Catholic Church in Wittenberg, Germany, 500 years ago. His theses publicly challenged the Catholic Church, spawning protest movements that formed the Lutheran, Baptist, and Calvinist traditions that nearly half of Americans affiliate with today.

While Luther’s Reformation questioned the repressive and ecclesiastical policies of the Catholic Church that lead to the flowering of Protestantism, his denunciation of LGB people remained embedded in the teachings of the church.

But today, there are more than 5,000 Protestant churches in the U.S. that are welcoming and affirming of LGBTQ people. The Evangelical Lutheran Church in America, the largest Lutheran church body in the U.S. that traces its theological foundation to Luther himself, consecrated an openly gay bishop in 2013 and allows clergy to perform same-sex marriages. Other major mainline protestant denominations, including the United Church of Christ and the Presbyterian Church (USA), have also opened their doors to LGBTQ people and advocate for LGBTQ equality.

These reforms have been driven because the LGBTQ faithful are Coming Home to Faith, to Spirit and to Self. They are the fruits of the prophetic work being done by faith-based LGBTQ organizations and their allies, including DignityUSA, the Reformation Project, Gay Christian Network, Soulforce, the Metropolitical Community Churches and and HRC’s Religion and Faith Program. LGBTQ people are engaging the church in the same spirit of Luther — the original Protestant — whose intention was not to break away from the church, but rather reform it for the better from within.

The New Testament calls on Christians to be as one. Toward that goal, years of dialogue led to Pope Francis last year to formally apologize for Catholic slaughters of Protestants, and the Catholic Church and various Protestant denominations have signed agreements recognizing each other’s baptisms.

One lesson we can learn from Catholic-Protestant rapprochement during this time of shifting understanding on faith and LGBTQ issues, is that it has never been more important to engage in dialogue with respect and love, and with the goal of deepening the understanding between the faith and LGBTQ communities so we can truly be as one, as God’s children. It is not always easy but critical to the LGBTQ movement’s goal — to save lives.

END_OF_DOCUMENT_TOKEN_TO_BE_REPLACED The recent decision by Catholic University’s seminary and two other Catholic institutions to cancel speeches by the Rev. James Martin, a prominent Jesuit priest and author of a book encouraging the Catholic Church to open dialogue with the LGBTQ faithful, has again highlighted the deep gulf between the church’s laity and its conservative leaders.

HRC’s own polling shows that an overwhelming majority of Catholics in the pews support LGBTQ equality, including marriage equality and employment protections. A recent survey by the Public Religion Research Institute also found that a majority of Catholics reject the notion that businesses should be allowed to use religion as a guise to discriminate against LGBTQ people.

But for many of the church’s conservative leaders, acceptance of LGBTQ people violates the tenets of the Catechism of the Catholic Church, which still characterizes “homosexual acts” as “intrinsically immoral and contrary to the natural law,” and names “homosexual tendencies” as “objectively disordered.”

That’s why Martin’s book, Building a Bridge, published earlier this year, has re-energized the debate about the LGBTQ faithful. It has not only predictably ignited vicious attacks from far right Catholic websites, but, encouragingly, it has also prompted many in the Catholic community — including leaders like San Diego Bishop Robert McElroy — to call for an end to the church’s “long-standing bigotry” against LGBTQ people.

“The concerted attack on Father Martin’s work has been driven by three impulses: homophobia, a distortion of fundamental Catholic moral theology, and a veiled attack on Pope Francis and his campaign against judgmentalism in the church,” Bishop McElroy wrote in an op-ed in America Magazine.

“I think it is important to notice who the author is — a priest,” said Frank DeBernardo, Executive Director of New Ways Ministry, which advocates for LGBTQ Catholics, While Catholic theologians, scholars and lay leaders have tackled the issue of LGBTQ inclusion, it’s far more unusual for a priest to speak out.

In his book, Martin, appointed by Pope Francis as counselor to the Vatican’s Secretariat ( a counselor or adviser in the Catholic Church) for Communications, provides a roadmap for repairing and strengthening the bonds that unite all of God’s children. He writes that criteria at the heart of the Christian ministry — “respect, compassion, and sensitivity” — should guide how the Catholic Church relates to the LGBTQ community.

“I am so grateful!” he wrote. “And, as I said a week ago, thanks to so many things — most of all, Jesus being close to me in prayer, and the support of my Jesuit superiors and brothers — I am at total peace.”

END_OF_DOCUMENT_TOKEN_TO_BE_REPLACED Hundreds of Christian leaders, pastors, theologians and advocates have denounced the vicious, anti-LGBTQ manifesto “Nashville Statement” with a powerful statement affirming the inclusion of LGBTQ and intersex people within faith communities and broader society. The 10-point treatise, titled Christians United, holds “that every human being is created in the image and likeness of God and that the great diversity expressed in humanity through our wide spectrum of unique sexualities and gender identities is a perfect reflection of the magnitude of God’s creative work.”

In the first 24 hours of its release, the Christians United statement was signed by over 1,000 Christians from around the world, including top theologians and leaders of some of the world’s most influential Christian denominations.

The international theological declaration came in response to the so-called “Nashville Statement,” released on Tuesday by a coalition of roughly 150 conservative Evangelical Christian leaders, including prominent members of the Trump-Pence administration’s Evangelical Advisory Board. The statement attacked LGBTQ people, asserting opposition to marriage equality and denying the dignity of transgender people.

The swift response by both faith leaders and the broader public to the Nashville Statement reflects the breadth of support among people of faith for LGBTQ inclusion and equality. Another open letter, spearheaded by The Liturgists, garnered more than 3,500 signatories.

According to Pew Research Research, almost all U.S. Christian groups are more accepting of LGBTQ people. Roughly half (51%) of evangelical millennials agree with the statement, “homosexuality should be accepted by society.”

END_OF_DOCUMENT_TOKEN_TO_BE_REPLACED

More than 150 conservative Evangelical Christian leaders, including prominent members of the Trump-Pence administration’s Evangelical Advisory Board, released a vicious, anti-LGBTQ manifesto Tuesday attacking LGBTQ people as immoral and sinful, asserting their opposition to marriage equality and denying the dignity of transgender people.

The ugly three-page document they called “The Nashville Statement,” was released as hundreds of thousands of people in Texas and beyond continued to grapple with the devastation caused by Hurricane Harvey, and while the attention of most of the nation’s religious leaders was focused on helping victims of the historic disaster.

That the so-called “Christian manifesto” was issued during a national crisis and in the wake of the Trump-Pence administration’s recent action seeking to ban transgender people from serving in the military enforces its message of intolerance.

Concocted in Nashville last week during the national conference of the Southern Baptist Convention’s Ethics & Religious Liberty Commission, the statement elicited widespread condemnation from scores of national religious and political leaders. In fact, the statement runs contrary to beliefs of a majorities of Evangelical millennials and people of faith who support affirming LGBTQ people. The release also sparked swift outrage on social media.

“While the theology espoused in the Nashville Statement is not new, the recommitment to anti-LGBT theology continues these Evangelical leaders’ violence against LGBT people,” said Eliel Cruz, HRC Foundation’s Religion Council member and creator of FaithfullyLGBT. “Christians and non-Christians alike must unequivocally condemn this statement. We cannot stand for this demonization of LGBT people to go unchallenged.”

Nashville Mayor Megan Barry was among those expressing disgust over the statement, tweeting that the “so-called ‘Nashville statement’ is poorly named and does not represent the inclusive values of the city & people of Nashville.”

“A predominantly white male coalition of Southern Baptists and Evangelicals have defined human sexuality in the binary that secures their power, with a selective tortured reading of the Bible texts on human sexuality from a time when a woman was her husband’s property,” said Bishop Yvette Flunder, HRC Foundation’s Religion Council member and Presiding Bishop of The Fellowship.

“This is the same group that advocated for the ban on transgender people from the military.”

The New York Times has previously reported that Perkins, a signatory and president of the Family Research Council, had for months lobbied Donald Trump and Mike Pence to ban transgender people from the military.

“‘The Southern Baptist Convention is the same denomination that once used the Bible to condemn inter-racial relationships and to defend the “Godliness” of chattel slavery, and had to repent. They will need to repent again,” Bishop Flunder said.

In 1987, the same group denounced “secular” feminism and equality in marriages in a manifesto it called “The Danvers Statement.”

END_OF_DOCUMENT_TOKEN_TO_BE_REPLACED 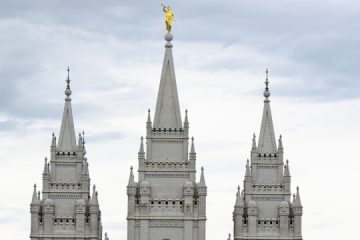 Utah-based Church of Jesus Christ of Latter-day Saints (LDS) unveiled their new website,‘‘Mormon and Gay,” that affirms the Church’s “love”[…]

END_OF_DOCUMENT_TOKEN_TO_BE_REPLACED 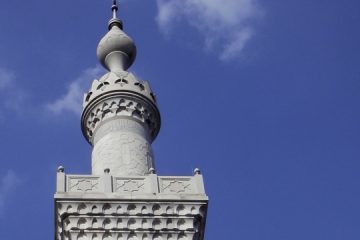 Over Labor Day weekend, HRC joined over 15,000 Muslims from across U.S. and Canada to kick off the 53rd Annual[…]

END_OF_DOCUMENT_TOKEN_TO_BE_REPLACED

This Thursday, HRC is co-sponsoring an event in Los Angeles focusing on the anti-Islam backlash following the Orlando tragedy,[…]