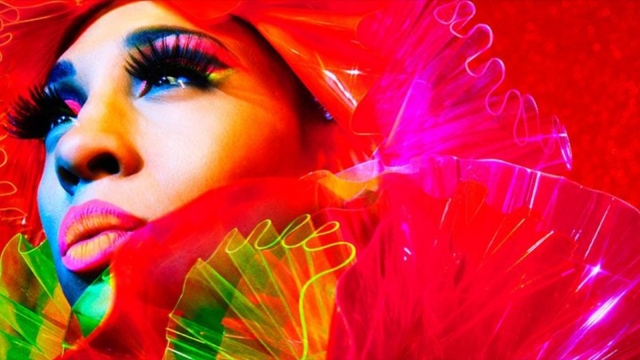 If you haven’t been watching “Pose,” Ryan Murphy’s latest television series on FX, you’ve been missing out on a necessary, revolutionary look at recent LGBTQ history.

Last night, Janet Mock made history by becoming the first transgender woman of color to both write, produce and direct for a major network television show.

Pose is helmed by a cast and crew of queer and transgender trailblazers including HRC honorees Angelica Ross and Billy Porter, MJ Rodriguez, Dominique Jackson, Steven Canals — and of course, Mock.

The show is set in New York City, juxtaposing the house/ball scene against the tumultuous political and social climate of the 1980s — and it features the largest cast of transgender actors in series regular roles, as well as the largest recurring cast of LGBTQ actors ever for a scripted series.

“I want to tell stories and to create the mirrors that I didn’t have growing up,” said Mock in a column she wrote for Variety describing her journey with the show.

Here are five of our favorite moments from Mock’s directorial debut last night:

The love between Costas Perez and Pray Tell made us laugh and made us cry throughout this season — and while we knew his time living with HIV was short, Perez’s death has left us heartbroken.

3. Billy Porter and MJ Rodriguez’s emotional duet at the cabaret

It was a raw look through the eyes of Porter and Rodriguez’s characters into the fear and pain of both living with HIV and watching your loved ones die from the disease that, at the time, no one knew how to stop.

@PoseOnFX Fun Fact: The AIDS cabaret storyline was inspired by a conversation between @theebillyporter, @MrRPMurphy, and I. Billy informed us of cabarets that would take place at AIDS wards in the late 80s and early 90s. #PoseFX

And I’ve learned
That we must look inside our hearts
To find
A world full of love
Like yours, Like mine
Like Home. #PoseFX
Thank you @theebillyporter x @MjRodriguez7 pic.twitter.com/LMDd3Jphpc

4. Lil Papi finally getting his perfect 10

Pray Tell may have found some new music for the next ball, but as we dry our tears after watching this episode, we won’t forget that love is indeed the message.

I dedicate this episode to all those we have lost from AIDS. We need to remember, and never forget. Thank you Janet and the cast and crew for making me weep and yet cheer for what is possible when LOVE IS THE MESSAGE.