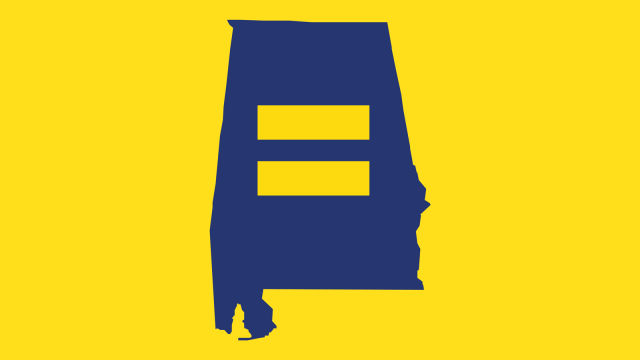 HRC hailed the Montevallo City Council for passing city-wide non-discrimination protections that include sexual orientation and gender identity in housing, public accommodations and employment. Montevallo will become the second city in Alabama to pass such an ordinance; Birmingham passed one last year.

“Today, Montevallo’s elected leaders have sent a strong message that they will support their LGBTQ constituents — not just with words, but also with policy,” said Eva Kendrick, HRC Alabama state director. “Now that Montevallo has joined Birmingham in passing a comprehensive LGBTQ-inclusive non-discrimination ordinance, it is time for other cities in Alabama to follow these communities’ lead in protecting all people from bias and discrimination. Thank you to Buddy Freeman, Tonia Mayton and members of the Montevallo Acceptance Project for their more than two years’ work to introduce and pass this ordinance.”

Alabama is one of 31 states without comprehensive LGBTQ-inclusive non-discrimination protections.

In 2014, HRC launched Project One America, an initiative geared towards advancing social, institutional and legal equality in Alabama, Arkansas and Mississippi. HRC Alabama continues to work to advance equality for LGBTQ Alabamians who have no state level protections in housing, workplace or public accommodations. Through HRC Alabama, we are working toward a future of fairness every day — changing hearts, minds and laws toward achieving full equality.