Today, Donald Trump announced that retired U.S. Army Lieutenant General Michael Flynn as his pick for National Security Advisor. Flynn has history of animus toward LGBTQ people, most recently launching a vile attack on transgender people at the Republican National Convention in July during his prime time appearance. 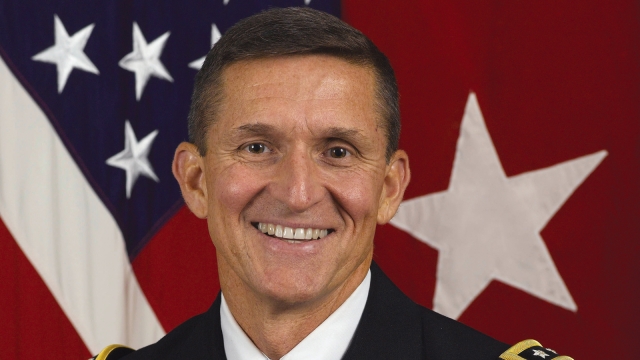 It took 10 years for transgender heroes to be able to serve openly. At #RNCinCLE Gen. Flynn treats them as a punchline. Shame on him.

This news came as Trump prepared to announce several other important members of his administration, including his choice for U.S. Attorney General, Sen. Jeff Sessions (R-AL). Sessions is one of the most virulently anti-LGBTQ politicians in America and has voted for a Constitutional ban on marriage equality, opposed the Voting Rights Act, has spoken admiringly of the KKK, voted against reauthorizing the Violence Against Women Act, and been on the wrong side of every civil rights issue in his long, hateful political career. He also opposes immigration reform, and voted against expanding hate crimes to include sexual orientation, gender and disability.

Earlier in the week, President-elect Donald Trump doubled down on his anti-equality agenda, tapping Vice President-elect Mike Pence to take over his transition team. Pence, who has made virulent anti-LGBTQ activism a cornerstone of his political career, will shape the incoming administration by identifying candidates for cabinet positions, senior leadership posts, and more. Trump also announced that anti-LGBTQ white nationalist Steve Bannon will be his chief White House strategist.