At a ceremony in San Francisco, the U.S. Navy made history by naming a new Military Sealift Command ship after Harvey Milk, the former Navy diver and pioneer in the LGBTQ civil rights movement who was assassinated in 1978. In another historic first, Secretary of the Navy Ray Mabus selected transgender Navy veteran Paula Neira as a sponsor of the ship, along with U.S. Senator Dianne Feinstein (D-CA). HRC released the following statements in response to the momentous event.

“Today’s historic ceremony is so much more than naming a ship after the legendary Harvey Milk. It is further evidence of the profound progress on LGBTQ equality we continue to make as a nation,” said HRC President Chad Griffin. “In his bold and unabashed advocacy, Milk inspired LGBTQ people for generations. And in her tireless career and service, Paula Neira has played a major role in lifting the ban on transgender service members. As we work to achieve our shared vision of equality for all LGBTQ people, we are grateful to the United States Navy and Secretary Ray Mabus for their continued leadership in ensuring all sailors have the dignity and respect they deserve.” 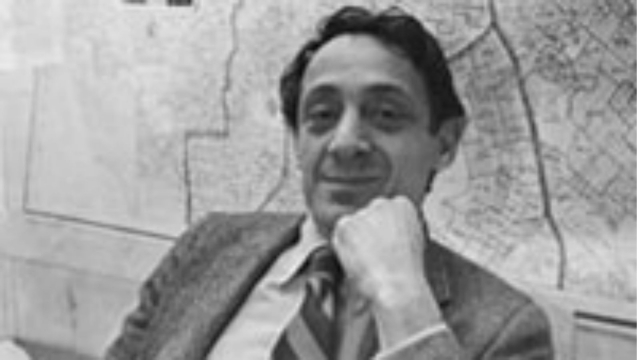 “Like Harvey Milk, hundreds of thousands of LGBTQ service members have defended our freedoms by serving in the military,” said HRC spokesperson Stephen Peters, a U.S. Marine Corps veteran and spouse of an active duty Marine. “Secretary Mabus’ decision to name a ship after Harvey Milk, as well as select transgender Navy veteran Paula Neira as one of its sponsors, speaks volumes about his inspiring commitment to strengthen our military and its future — a future where all service members are respected and supported for the selfless sacrifices they make each and every day.”

During World War II, Harvey Milk served aboard the submarine rescue ship, USS Kittiwake. He also served as a Navy diving instructor before being discharged at the rank of lieutenant junior grade in 1955. In 1977, Milk was elected to the San Francisco Board of Supervisors, becoming one of the first openly gay people elected to public office. He was assassinated in City Hall a year later. During his life, Milk was a major advocate for people coming out and is often remembered by one of his most powerful quotes, “If a bullet should enter my brain, let that bullet destroy every closet door in the country.”  In 2009, Milk was posthumously awarded the U.S. Medal of Freedom and, in 2014, the U.S. Postal Service honored Milk with a postage stamp dedication. HRC’s San Francisco Action Center and Store in the Castro District is located in the historic home of the civil rights legend. The location is the former home of Milk’s Castro Camera, where Milk worked, lived, and organized the political campaigns that eventually led him to his historic election.

Paula Neira graduated with distinction from the United States Naval Academy in 1985 and served another six years before resigning her commission in order to live as her authentic self. A qualified Surface Warfare Officer, she served at sea and ashore including mine warfare combat during Operation Desert Storm. After leaving the Navy, she became a registered nurse, certified in emergency nursing and specializing in adult emergency and trauma care. She is also an attorney and member of the Maryland bar. For more than a decade, Neira has served as one of the nation’s leading experts on transgender military service. She is also the first transgender Navy veteran to have her official military service record corrected to reflect her proper name.

Senator Feinstein served on the San Francisco Board of Supervisors with Milk, and discovered his body after hearing the gunshots that killed him and Mayor George Moscone. Feinstein, who succeeded Moscone as mayor, has been a strong supporter of LGBTQ rights, earning a perfect score of 100 in HRC’s latest Congressional scorecard.