Fish are superior beings, a term used to describe them years ago by a forward-thinking 10-year-old who recognized their amazing abilities, even though they’re misunderstood by most humans. Every year, trillions of these smart, social animals are killed. They’re hauled up in massive nets from their aquatic homes, crushed by overwhelming pressure, and left to suffocate slowly in terror. Nearly half of the fish used for food come from factory aquafarms, where they spend their lives in cramped, filthy enclosures. Investigations by PETA and our affiliates into the seedy pet industry have uncovered appalling neglect of fish even before they reach stores.

Did you know that research indicates that humans and other vertebrates actually descended from fish? Scientists believe that certain fish headed landward roughly 370 million years ago as primitive, lizard-like animals called tetrapods. With their superior adaptability, our aquatic ancestors gradually evolved limbs from fins and lungs from gills.

Learning about fish helps combat speciesism, the supremacist worldview that leads humans to treat animals as objects rather than individuals. When you discover all the ways that fish are superior beings, you’ll never look down on them again.

Check Out the 24 Fascinating Facts Below to Learn Why Fish Are Superior Beings:

1. Culum Brown, a Macquarie University biologist who is studying the evolution of cognition in fish, says this: “Fish are more intelligent than they appear. In many areas, such as memory, their cognitive powers match or exceed those of ‘higher’ vertebrates including non-human primates.”

2. Despite popular belief, fish don’t have a three-second memory. In fact, some fish can remember things for many months. One team of researchers discovered that carp could learn to associate a certain sound with food and then remember it for up to five months.

3. An article about fish intelligence in the U.K.’s Telegraph reports that Brown has found the following: “Australian crimson spotted rainbowfish, which learnt to escape from a net in their tank, remembered how they did it 11 months later. This is equivalent to a human recalling a lesson learnt 40 years ago.”

4. Even though fish don’t have vocal cords, they still excel at communicating with one another through various sounds, scents, electrical pulses, and motions. For example, knifefish and elephant fish can send and receive electrical signals during courtship, navigation, and foraging.

5. Fish are like the songbirds of the sea. Scientists have found evidence that certain species of fish actually sing together—in a chorus—each day at dawn and dusk.

6. Since a fish’s jaw is not attached to their skull, some of them can shoot their mouths forward like a spring to catch food.

7. If you thought that your palate was refined, you have nothing on catfish. They have over 27,000 taste buds, while humans have fewer than 10,000.

8. A goby’s preferred climbing apparatus is their own mouth. These fish have suction cup–like suckers in their mouths and on their stomachs, which they use to latch on to rock faces while inching up massive waterfalls.

9. Parrotfish sleep in a blanket of snot to protect them from parasites. Every night before going to sleep, they secrete a mucus that envelops their entire body with a protective coating similar to a mosquito net or a cocoon.

10. Something fascinating about anglerfish is the way they mate. Smaller male anglerfish fuse with the larger female, becoming one for the rest of their days—although the males lose their brain, heart, and eyes in the process, leaving only a pair of testes to be used when needed. A single female can “fuse” with as many as six males in her lifetime.

11. Many species of fish can change their sex. Some can even change back, should the need—or want—arise.

12. Most species of seahorse mate for life. The females lay their eggs inside a pouch on the male’s belly. When the babies are ready to hatch, the male holds on to a piece of seaweed with his tail and rocks back and forth until the babies pop out of his pouch.

13. One small species of pufferfish draws ornate circles to attract mates. Males flap their fins as they swim along the seafloor, disrupting the sediment to create amazing circular patterns. Although these fish are only about 5 inches long, the formations that they make can measure up to 7 feet across. When the circles are finished, females come to inspect them—and if they like what they see, they reproduce with the males.

14. Salmon travel up to 31 miles per day on their spawning journeys. In total, their migration distance can reach upwards of 1,850 miles—and they do it without a map, smartphone, or GPS to guide them!

The Super-Social Lives of Fish

15. Public life and reputation can be just as important to fish as they are to humans. Fish recognize and remember other individuals and build complex social networks. They know when they’re being watched by others and often alter their behavior accordingly.

16. Batfishes play dead when danger is near. They remain motionless on their sides when they’re scared, which makes them look like dead leaves floating along the water’s surface.

17. Research suggests that the cleaner wrasse—a small tropical-reef fish—can recognize themselves in a mirror, something that indicates self-awareness.

18. Fish can learn from each other, recognize other fish they’ve spent time with previously, know their place within social hierarchies, and remember complex spatial maps of their surroundings.

Fish Have Other Amazing Abilities

19. Some fish camouflage themselves by changing colors to suit environmental conditions and time of year. Their colors range across the rainbow, from blues and greens to pinks and reds.

20. Lungfish can live out of water for several years by secreting a mucus in which they cocoon themselves and then burrowing underground. Possessing both gills and a lung, they take in air through a built-in breathing tube that leads to the surface.

21. Tuskfish use tools. These clever fish are strong swimmers and have been observed using rocks to break open the shells of mollusks to obtain a meal.

22. Salmon and sea trout live in both saltwater and freshwater environments. These fish hatch in freshwater streams and then swim to the sea, where they mature—their bodies undergo significant changes and develop specialized organs that help them adapt to their surroundings.

23. Fish can detect movement in the water through a special row of sensory scales along their body called a lateral line, which picks up low-frequency sound waves that vibrate through the water.

24. Salmon are excellent swimmers. Swimming upriver is no easy task, but they’re great jumpers who can leap up to 6 feet out of the water to clear obstacles in their path.

Fight Speciesism! Check Out These Easy Ways to Take Action for Fish:

Fish are superior beings—intelligent animals who can speak to one another, use tools, feel pain, and solve problems. They can recognize individuals and maintain intricate social relationships. Remember: It’s no more acceptable to harm, kill, or eat a fish than it is a puppy or kitten. Thankfully, it’s easier than ever to find a wide array of vegan seafood products at grocery stores across the country. PETA makes it simple to prepare delicious, 100% plant-based meals that you and your family will love. 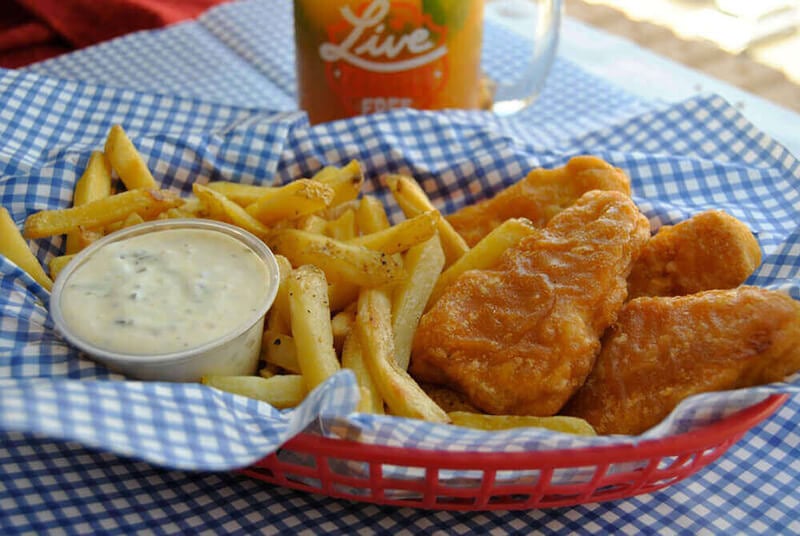 Want to do more to protect superior fish beings?

Get a Free Vegan Starter Kit

The post 24 Mind-Blowing Facts About Fish, the Superior Beings Swimming in Seas and Streams appeared first on PETA.