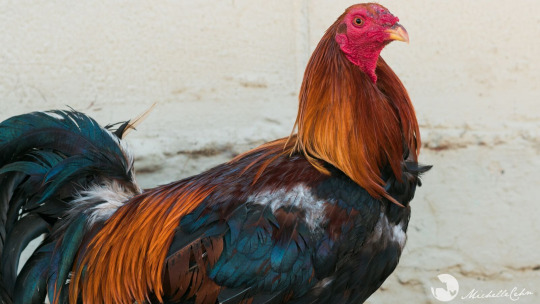 It was Super Bowl Sunday this past February when authorities were alerted to something amiss in Modesto, CA. When they went to investigate, they discovered an illegal cockfighting operation. One man was arrested and 20 others detained for their parts in this illegal blood sport.

There were more than 200 hundred live birds on the property as well as 50 dead birds for whom help had sadly arrived too late.

Cockfighting is a brutal “sport” in which roosters are pitted against one another to fight to the death. Often, razor-sharp knives are even attached to their legs in order to make the battles they endure even more gruesome and deadly.

Attendees at these events often place bets on which bird will win — gambling on the lives of these innocent birds. Worse still, some enthusiasts view cockfighting as a family affair and bring children along to witness the bloodshed, teaching impressionable young people that this horrific treatment of animals is acceptable.

In a cockfight, the roosters are placed in a small area or “pit,” where they begin fighting one another. It is not uncommon for the birds to stop fighting from sheer exhaustion, at which point their handlers will pick them up and put them beak-to-beak with one another in an attempt to rile them back up into a fighting frenzy. Once fighting, they will continue until one of the birds is dead. The lifeless and battered “loser” is then discarded — treated like nothing more than a piece of trash.

It is a horrendous practice that occurs in many places around the world. Despite the fact that it is illegal in every U.S. state, it persists underground. And even when rings are busted, there are few happy outcomes; most seized roosters, considered aggressive beyond help, are euthanized.

For the birds from the Modesto cockfighting bust, though, there were some happy endings.

We were contacted by our friends at Harvest Home Animal Sanctuary to see if we would be able to provide a home for any of the roosters. Roosters from cockfighting rings can present some unique challenges once rescued, though. Their entire lives have been geared toward fighting, so in most cases they need to be housed separately from other roosters.

Hansel showing off his beauty for all to see.

Many roosters already call our Northern California Shelter home, so we knew that taking in former fighting roosters would present a housing challenge. But of course, we also wanted to give these abused birds a second chance at life. We agreed to take two of the roosters, and soon they made their way to the sanctuary. Every new resident at our sanctuaries must be quarantined upon arrival, a crucial measure for health reasons that was even more important than usual in this case because cockfighting rings can be a haven for many diseases, including avian influenza.

When the boys first arrived, they exhibited many of the telltale signs of being cockfighting roosters. They were both missing the majority of their combs and wattles; these are often sliced off without anesthetic using blades so that they do not encumber them during fights. When they saw each other through the crate doors they had been transported in, they started pacing at one another in anticipation of a fight.

Hansel getting ready to do the bend-and-snap.

They both seemed weary when they were offered housing with fresh straw, clean, water, and delicious food. They both stayed at the back of their enclosures for the first few days, only coming up to peck at their food and grab a quick drink before retreating again. As the days passed, though, they both became more outgoing. They started running to the front of their enclosures for their food, and began scratching around in all the straw and making soft beds that they would sleep in.

Hansel resting in the straw. (Photo by Michelle Cehn / World of Vegan)

Once we received clear test results for both boys and their quarantine period was complete, it was time to find a home for them. We first tried putting Hansel and Derek together, hoping that their time in quarantine (when they had been kept separate, but were able to see each other) might have paved the way for a possible shared-housing situation. Unfortunately, it became clear right away that these boys were not about to live with each other, or with any other bird for that matter. As soon as they realized that there was no longer a barrier between them, they began to fight. We quickly separated them and decided we were going to need to get creative with the best place to house these boys.

After carefully considering all of our options, we decided to try Derek with two of our goat residents, Marcia and Maurice. We waited with bated breath when we first made the introduction, and to our great excitement, it went wonderfully! Derek has since been living with this special goat duo, and has never been happier. He spends his days exploring their shared yard, and has his own special spot that he sleeps in every night.

Derek greets Maurice as Marcia hangs out nearby.

Once we saw how well Derek was doing with his goat “roommates,” we decided to try Hansel with a small group of lamb and goat kids. We were thrilled when this introduction, too, went well! Hansel now lives with Timi, Mason, and Topanga lambs and their buddies Clarke and Kent goats.

Hansel with his lamb and goat buddies. (Footage by Michelle Cehn / World of Vegan)

Every animal has his or her own set of special needs — and for those who have endured emotional, psychological, and physical abuse, like Hansel and Derek, those needs can be even greater. Derek has calmed down in his months at Farm Sanctuary, and does not mind the staff who work with him on a daily basis, but Hansel is still very wary of humans. Unfortunately, he still gets very nervous around the sanctuary staff, and if he feels that he cannot get away from them, he will sometimes kick out at them in an effort to defend himself when he feels unsure.

Hansel leading the way as friends Timi and Mason follow and Clarke and Kent goats look on.

One of the most amazing things about Derek and Hansel is how at home they clearly feel with the other animals they live with. Derek has taken to Marcia and Maurice beautifully, and does not mind their sometimes-crazy goat antics in the least. He will even answer their playful moods with some signature looks — we like to call the one we see the most often “Blue Steel.”

Derek will often settle in on one of the straw bales in the yard and just watch the world go by. He is calm and grounded in his new home, and seems to enjoy the tranquility it has brought him.

While Derek has become more relaxed, Hansel has become close with the lambs and kids he lives with and has appointed himself as their protector. If the caregivers need to do a treatment or health check on one of his young friends, he will often run up and try to kick the caregiver until she’s finished working with them. He is very protective of Timi, Mason, Topanga, Clarke, and Kent. He spends his days watching their lamb and goat shenanigans, and will often run up to see what all the jumping and head-butting is about. When everyone settles in for naptime, he often does too

choosing a place where he can keep an eye on his young friends and their activities.

Hansel with buddies Mason (back) and Timi (front).

Hansel and Derek are two of the very lucky ones who not only made it out alive from the horrific cruelty of cockfighting, but also made it to sanctuary. For the rest of their lives, they will live in peace at Farm Sanctuary

— enjoying all the perks that sanctuary life brings. They will never have a shortage of tomato and grape treats to munch on, warm straw to rest on, and safe yards to explore. They will never again have to fear for their lives, or be forced to kill their brethren.

Hansel, who is clearly a big fan of sheep, hanging out in one of his favorite spots. (Photo by Michelle Cehn / World of Vegan)

They will always bear the scars of their past

— evident in the lack of combs and wattles, which were most likely sliced off at a young age

—  but we hope that in time, they will forget their past life and only remember their current one.

Please share Derek and Hansel’s story to help spread the word about the cruelty of cockfighting and raise awareness that every rooster is someone, not something, a unique individual deserving of care, respect, and understanding. With your support, we can continue to promote compassionate vegan living through rescue, education, and advocacy efforts. A compassionate world begins with you!