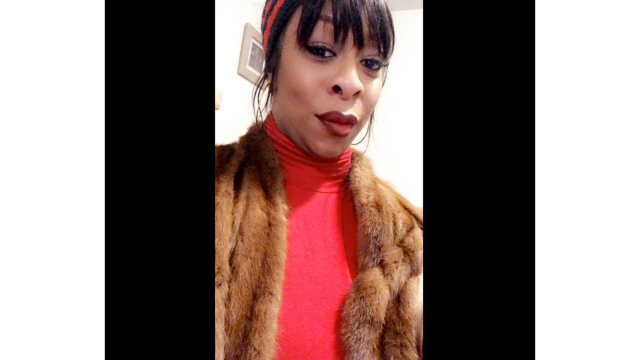 The Human Rights Campaign is horrified to learn of the death of Aja Raquell Rhone-Spears, who sometimes used the name Rocky Rhone, yet another Black transgender woman. Rhone-Spears was fatally stabbed in Portland, Oregon, on July 28, as she was attending a vigil for Tyrell Penney, 27, who had been fatally shot. Rhone-Spears’ death is believed to be the at least 26th violent death of a transgender or gender non-conforming person this year in the U.S. We say at least because too often these stories go unreported — or misreported. Since HRC began tracking this data in 2013, advocates have never seen such a high number at this point in the year.

“Black transgender women are being violently killed in our streets,” said HRC Director of Community Engagement for the Transgender Justice Initiative Tori Cooper. “The current rates of violence against transgender and gender non-conforming people are unlike any the Human Rights Campaign has tracked in the past seven years. I, alongside HRC and so many others, am mourning the loss of Aja Raquell Rhone-Spears — who was not even able to attend a vigil to mourn without risk of death. Our community needs allies; we need accomplices. This violence cannot continue and we must all ask ourselves why our nation is allowing this epidemic of violence to continue, and how we can come together to ensure trans people, especially Black transgender women, can live their lives without fear of joining this long list of lives stolen.”

According to her Facebook, Rhone-Spears was incredibly close to her family, posting photos with her father and playful statuses related to conversations she had with family members about cooking. She called out instances of racial injustice, especially violence by police, and advocated for a world free from white supremacy. She also noted on her Facebook profile that she studied at the University of Nevada, Las Vegas, and was the owner and founder of International Barbie, a Portland-based clothing brand. Neighbors and loved ones have posted about Rhone-Spears online, calling her a “vibrant personality.”

There are currently very few explicit federal legal protections for transgender or gender-expansive people. Nationally, despite some marginal gains in state and local policies that support and affirm transgender people, recent years have been marked by anti-LGBTQ attacks at all levels of government.

We must demand better from our elected officials and reject harmful anti-transgender legislation appearing at the local, state and federal levels. It is clear that fatal violence disproportionately affects transgender women of color. The intersections of racism, transphobia, sexism, biphobia and homophobia conspire to deprive them of necessities to live and thrive.