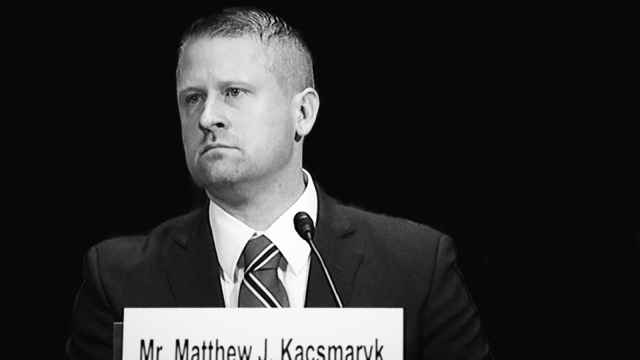 HRC responded to the confirmation of anti-LGBTQ Matthew Kacsmaryk to be United States District Judge for the Northern District of Texas.

“Matthew Kacsmaryk is among the most anti-LGBTQ judicial nominees put forward by the Trump-Pence administration,” says HRC Legal Director Sarah Warbelow. “He has a long history of virulently anti-LGBTQ opinions and positions — including his deeply disturbing opposition to same-sex marriage, his vocal hostility towards legal protections for gender identity and sexual orientation, and his shocking refusal to recognize the basic humanity of transgender people. Kacsmaryk fails the basic expectation of impartiality and commitment to equality under the law that we demand of every member of the bench. The Human Rights Campaign will continue to raise the alarm about Kacsmaryk and future nominees who refuse to protect the rights of all Americans.”

Matthew J. Kacsmaryk is a lawyer and political commentator with a long history of horrific views on the LGBTQ community. Kacsmaryk has implied that transgender people are “delusional,” opposed the Equal Employment Opportunity Commission’s position that sexual orientation and gender identity are covered under Title VII of the Civil Rights Act of 1964, publicly slammed non-discrimination protections for LGBTQ people throughout his career, and in opposing aspects of LGBTQ equality like same-sex marriage, has derisively dismissed equality as unwanted symptoms of a “sexual revolution.”

The Human Rights Campaign will continue to stand alongside coalition partners in demanding judicial nominees who uphold the legal rights of all people, regardless of gender identity or sexual orientation.