HRC Foundation released a first-of-its-kind web video exclusively featuring fathers of transgender children describing their experiences. The video also highlights the fear and hurt their families face due to anti-transgender prejudice and policies. The fathers highlighted in video include JR Ford of Washington, D.C.; Joe Ghartey of New York; Wayne Maines of Maine, whose family’s story was also featured in a recent best-selling book, “Becoming Nicole,” and Keith Thomas, of North Carolina, a state that lies at the center of the debate over transgender equality following passage of the discriminatory HB2. The dads discuss their families’ journeys and the hopes and fears they have for their transgender children. 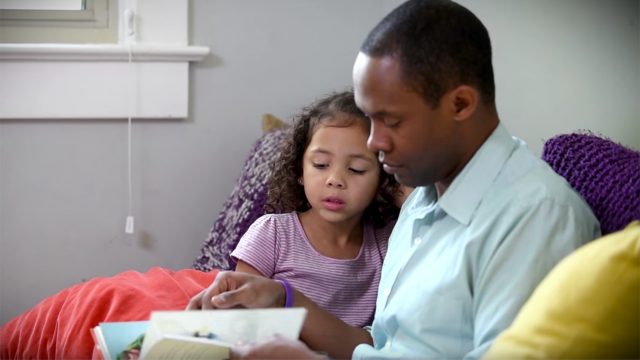 “Supportive parents can make all the difference in the lives and wellbeing of transgender children,” said Jay Brown, HRC’s Communications Director. “As a transgender man blessed with loving parents, including an amazing father, I know first-hand the comfort and courage these fathers bring to their children. In a world that so often hurls insults and condones bullying, these dads exemplify love of family and a steadfast commitment to the health and safety of the children they cherish.” “As more and more people realize the humanity and dignity of transgender people of all ages, the mean-spirited and dangerous attacks we have seen from anti-LGBTQ activists and some politicians will grow increasingly unpopular and unsustainable,” Brown continued. In an upcoming op-ed published in conjunction with the Dads for Transgender Equality video, one of the fathers, Wayne Maines, says, “transgender children and adults are the strongest and most courageous people I have ever met, but I worry about my daughter’s future every day. I worry because, to this day, transgender people are denied the same rights as their peers. I worry because transgender people face significant fear and discrimination. […] I worry because some Republican politicians have decided that it’s good politics to target a vulnerable group of people that includes my daughter.” The emotional video of four dads comes during the Republican National Convention, where, earlier this week, delegates adopted the most anti-LGBTQ platform in their party’s history, including a plank opposing the transgender equality. HRC has joined with several LGBTQ advocacy organizations to support a national ad campaign detailing the personal harm imposed by anti-transgender legislation. The ad will appear during both the Republican and Democratic conventions. In 2015, the HRC Foundation released another moving video, Moms for Transgender Equality, featuring four mothers of transgender children sharing their stories and explaining how their transgender children have enriched their lives. The Moms for Transgender Equality video and companion videos were viewed more than 7.5 million times over various social media platforms. Watch the Dads for Transgender Equality video below: