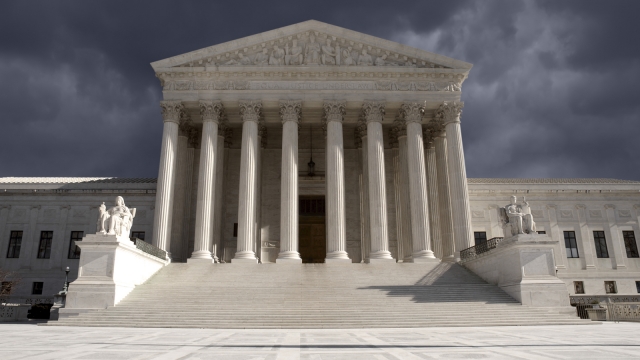 “No one should be denied a job or fired simply because of who they are or who they love, including LGBTQ people,” said Sarah Warbelow, HRC Legal Director. “The growing legal consensus is that our nation’s civil rights laws do protect LGBTQ people against discrimination under sex nondiscrimination laws. The Supreme Court has an opportunity to clarify this area of law to ensure protections for LGBTQ people in many important areas of life. The impact of this decision will have very real consequences for millions of LGBTQ people across the country. Regardless of the eventual outcome, it’s critical that Congress pass the Equality Act to address the significant gaps in federal civil rights laws and improve protections for everyone.”

In R.G. & G.R. HARRIS FUNERAL HOMES v. EEOC and AIMEE STEPHENS, Aimee Stephens worked as a funeral director at R.G. & G.R. Harris Funeral Homes. When she informed the funeral home’s owner that she is transgender and planned to come to work as the woman she is, the business owner fired her, saying it would be “unacceptable” for her to appear and behave as a woman. The Sixth Circuit Court of Appeals ruled in March 2018 that when the funeral home fired her for being transgender and departing from sex stereotypes, it violated Title VII, the federal law prohibiting sex discrimination in employment.

In BOSTOCK v. CLAYTON COUNTY, Gerald Lynn Bostock was fired from his job as a county child welfare services coordinator when his employer learned he is gay. In May 2018, the Eleventh Circuit Court of Appeals refused to reconsider a 1979 decision wrongly excluding sexual orientation discrimination from coverage under Title VII’s ban on sex discrimination, and denied his appeal.

While the Supreme Court prepares to hear these cases, Congress could act immediately to pass the Equality Act — which would provide clear, comprehensive protections for LGBTQ people across key areas of life, including employment, housing, credit, education, public spaces and services, federally-funded programs and jury service. Reintroduced in Congress in March, the bipartisan legislation has growing, unprecedented support, including from nearly 70 percent of Americans, hundreds of members of Congress, more than 190 major businesses and more than 350 social justice, religious, medical and child welfare organizations. House Leadership has made it a priority to pass the Equality Act this spring.