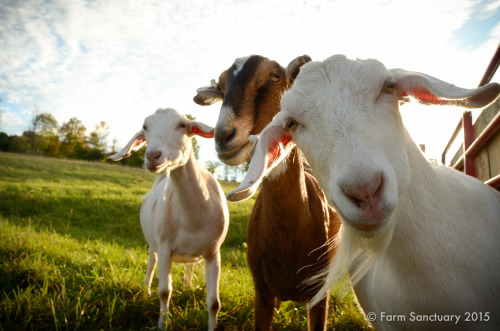 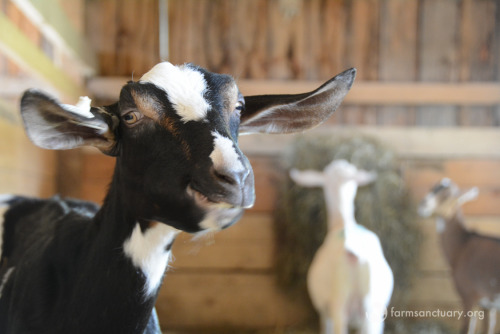 Amelia and her amazing ears. 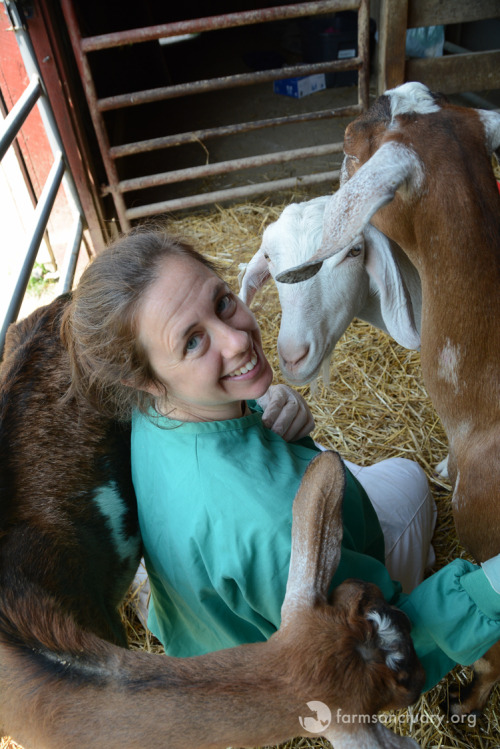 Months after rescue, some much-needed weight is appearing. The leader of the pack — or herd — Phoebe 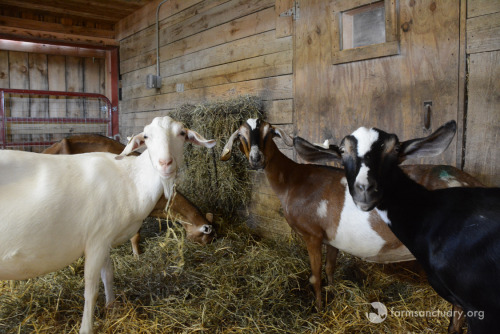 Experiencing freedom during their first late summer at Farm Sanctuary. Skinny gals June Bug, Amelia, and Carmen loving life outside in the grass.