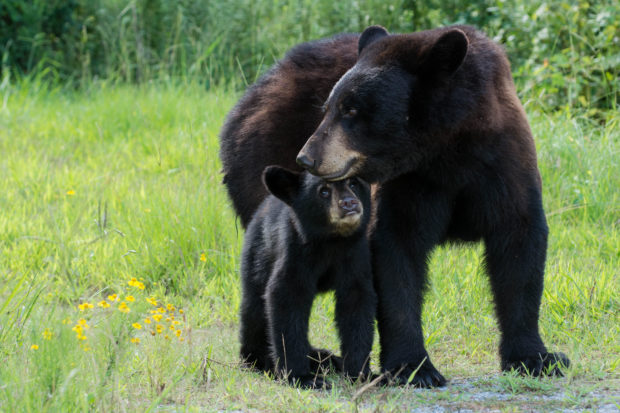 The Trump administration has just delivered a one-two punch to Alaska’s wildlife: it has announced that it will release a final National Park Service rule allowing some of the cruelest practices for killing black bears, wolves and other wildlife on national preserve lands in Alaska; and it has announced it will propose overturning Obama-era protections for brown bears and other animals on two million acres of public lands in the state’s Kenai National Wildlife Refuge.

While the text of the final NPS rule has not yet been released, it is expected to closely mirror a previously released proposal that would have overturned a 2015 rule prohibiting practices like killing hibernating mother black bears and their cubs in the den with the aid of artificial lights, shooting wolf and coyote pups and mothers at their dens, using bait to attract brown and black bears, shooting vulnerable caribou while they are swimming, including with the aid of motorboats, and using dogs to hunt black bears. Many of these cruel practices aim to reduce numbers of iconic predators in order to boost prey species for hunters.

The NPS rule would be unlawful because it conflicts with clear statutory directives from Congress that the agency must conserve and protect wildlife in national preserves. The NPS itself had, during the Obama years, pushed back against Alaska’s increased use of fringe hunting methods that prioritize trophy hunting over conservation by outlawing such hunting methods. But under the Trump administration the agency has flip-flopped its stance and has come out in support of expanding trophy hunting opportunities on federal lands. The practices sanctioned today are the worst of the worst in wildlife management, and most Alaskans do not support them.

The Humane Society of the United States, along with a coalition of organizations, is currently in federal court defending the Obama-era NPS and Kenai rules. The new Kenai rule announced today by the U.S. Fish and Wildlife Service would potentially allow extreme practices like the hunting of brown bears over bait, and expand trophy hunting and trapping in high-use zones, which are recreation areas for the public. It would also remove a prohibition on the discharge of weapons within one-quarter mile of campgrounds, trail heads, public buildings and near congested river areas where anglers and those boating on rubber rafts and canoes are recreating, creating a public safety problem.

Baiting bears is a horribly cruel practice. Trophy hunters leave out piles of junk foods like doughnuts and candy to lure the animals and then shoot them. Mother bears, with their higher energy needs, are often attracted to bait piles and when trophy hunters shoot them, they leave behind cubs who will often die of starvation, predation and exposure. Bait piles also habituate bears to human scents and can lead to conflicts at campgrounds, picnic areas and other spots where there is food.

Easing rules to make it easier to hunt brown bears is also not scientifically sound because these animals have suffered tremendously at the hands of trophy hunters, and the FWS had already outlawed this practice in 2016.

We are calling out this FWS proposed rule, and the NPS rule finalized today, for exactly what they are: gifts from the Trump administration to trophy hunting interests. These are people who would prefer to deprive most Alaskans—and indeed most Americans—of the joys of seeing these beautiful animals in the wild, and instead hang their heads and hides in their homes. By siding with these special interests our government has failed us today, but more importantly, it has failed the animals who are our national treasure.

Last year, the HSUS released a shocking video that showed a father-son duo shooting at a mother bear hibernating in a tree hollow, then slaughtering her two little cubs. Now, with the finalizing of the NPS rule and the proposed rule taking away protections for brown bears, we can expect this to become a common occurrence on Alaska’s public lands. But we are putting the administration on notice: we will fight these rules with every tool at our disposal. The violence they embody goes against everything that is good and decent about our country, and we will not stand by while a handful of trophy hunters terrorize and hijack our wildlife.