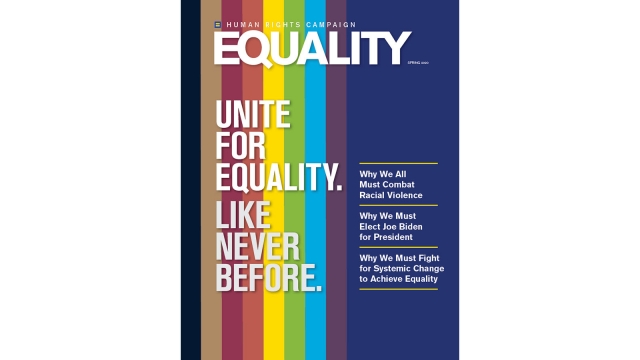 One of the many crises the U.S. is facing during the COVID-19 global pandemic is a shortage of blood donors. The U.S. Food and Drug Administration has long had in place varying restrictions around how and when men who have sex with men can donate blood. In early April, the FDA announced that it was revising those restrictions again to shorten the period of time it requires men who have sex with men to remain abstinent before donating blood.

While this FDA announcement is a step in the right direction, it’s still not enough. We are not yet there with equality in the rules surrounding blood donations, and won’t be until the policy treats all potential donors based on the actual risk their blood poses to the blood supply rather than who they are.

“As the global pandemic wears on, the integrity and safety of the blood supply in this country must be preserved, strengthened and maintained,” said HRC President Alphonso David. “Continuing to enforce the de facto prohibition on blood donation by sexually active gay and bisexual men does not reflect the best science available.”

For decades, HRC has been advocating to bring an end to this policy, and has undertaken a variety of actions around this advocacy since the 1980s. These actions include holding meetings with the American Red Cross and the American Association of Blood Banks, working with and calling on presidential administrations to support changes to the so-called blood ban and partnering with members of the U.S. House and Senate, as well as our coalition partners, to advocate for changes to the policy.

This work centers on the need for a blood donation policy that reflects current science and an assessment of individual risk, rather than the sexual orientation or gender identity of the prospective donor.

But under the guidelines announced at the beginning of April, a person can give blood days after having unprotected sex, while a gay or bi+ man who has had sex with another man within three months of the date they would like to donate blood — even with condoms and taking HIV prevention medicine such as PrEP — cannot. It is unacceptable for this bias to be the basis for determining eligibility to donate blood.

“Modernization of the policy is essential to ensure that the blood supply remains as safe as possible while maximizing the donor pool,” David said. U.S. Sen. Tammy Baldwin, D-Wis., joined David on a virtual press conference with reporters and concurred that the FDA’s upcoming policies should be based on the best public health information, not anti-LGBTQ bias.

“It shouldn’t have taken a pandemic and the resulting urgent blood shortage to make progress on this issue,” Baldwin said. “It’s an important step to addressing an immediate dire blood supply shortage, but the administration needs to change their donation policies to be based on an individual’s risk, rather than blanket deferrals so that all healthy gay and bisexual men are able to donate blood.”

HRC will continue to advocate for full equality with blood donation rules and fight systemic anti-LGBTQ policies. Keep up with our ongoing national advocacy work at hrc.org/explore/topic/ federal-advocacy.

END_OF_DOCUMENT_TOKEN_TO_BE_REPLACED 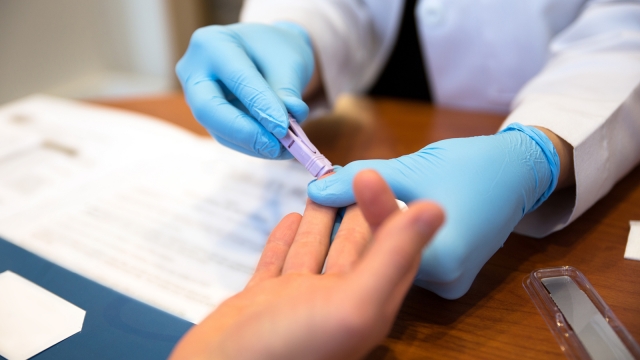 Black and Latinx trans women have disproportionately high HIV rates and less access to culturally competent care. HIV testing is an effective prevention tool that can actively engage trans people and communities in their sexual health and wellness while empowering them to make healthy choices that improve their lives. HIV testing also allows health care providers to identify those who are living with HIV and to start treatment efforts sooner allowing them to attain viral suppression.

The goals of NTHTD are:

In the spirit of community, HRC spoke with Tori Cooper, HRC’s Director of Community Engagement for HRC’s Transgender Justice Initiative.

1. Why is National Transgender HIV Testing Day important to you?

NTHTD is important to me because there is no group of people in the United States more impacted by HIV than the transgender community, particularly Black and Brown trans women. In some places, our numbers are similar to Black and Brown cis men who have sex with men, but estimates are much higher in communities across the Deep South. And while experts say Black cis men who have sex with men have a 1 in 2 chance of acquiring HIV in their lifetimes if things don’t change, the reality is for Black trans women, estimates already have 50 percent of us living with HIV. We are a smaller group of people, so our community is impacted even more greatly in terms of life expectancy, household income and overall health outcomes.

2. How has the COVID-19 pandemic changed the trans experience?

Current news cycles are highlighting that Black, Latinx and LGBTQ people are faring far worse during the pandemic. Trans folks have historically had less access to health care and resources than the rest of the queer community. With this in mind, trans folks are more often employed in lower-wage jobs that perhaps ended early because of COVID-19. We are even more disadvantaged during a pandemic.

3. How can people engage in advocacy under the current stay at home order, specifically trans people?

We can all engage in advocacy by reaching out to our friends and support systems, safely sharing our resources and staying sheltered whenever possible, if possible. For trans and non-binary folks who are deemed essential workers and service workers, we must support their health and livelihoods by following the rules that are in place to protect us all.

This NTHTD and the rest of the year, we can engage with national and local resources that help people of trans experience and support those communities. Helpful resources include:

Centers for Disease Control and Prevention (CDC)
Act Against AIDS
Doing It Campaign
AIDS.gov
Center of Excellence for Transgender Health

END_OF_DOCUMENT_TOKEN_TO_BE_REPLACED

Today, the Human Rights Campaign (HRC) sent a letter with more than 70 national …

END_OF_DOCUMENT_TOKEN_TO_BE_REPLACED

Another day, another vicious attack on the rights of the LGBTQ community by the Trump-Pence administratio…

END_OF_DOCUMENT_TOKEN_TO_BE_REPLACED 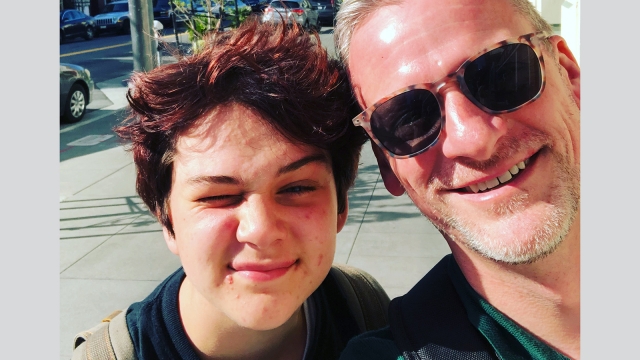 HRC recently sat down with Chris Williams, a member of HRC Foundation’s Parents for Transgender Equality Council, to learn more about his family’s story.

Williams and his partner Joel Sekuta live in Seattle, and they are the proud parents of two great kids, both of whom are transgender. Williams is a longtime strategic communications professional and is actively involved with HRC at both the local and national levels. He has worked with LGBTQ employee resource groups at his places of employment to build greater visibility for LGBTQ individuals in the workplace.

What inspired you to join HRC’s Parents for Transgender Equality Council?

I became involved with the council, in part, because I am a gay parent, but also so that I could act as a bit of a bridge within the community and enlist my friends into being the fierce advocates for trans youth that our kids need. When my younger child came out as trans in 2015-16, I realized how disconnected I was from trans issues, even though I was a part of the same community. I wanted to do more than just support my kid; I wanted to work to be an advocate for trans youth within the LGBT community, as well as in the broader community. Those of us who identify as gay, lesbian or bisexual may not understand what it’s like to be trans or non-binary, but we absolutely understand what it’s like to be different, to come out, to navigate a world that isn’t always supportive and understanding.

What’s been one highlight of your experience as a council member?

What part of HRC’s work do you connect with the most?

I was an active member of HRC before I joined the council. What drew me to the organization then draws me to it now: smart strategic advocacy that places the needs of real people front and center. Harvey Milk told us that the most important thing we can do as gay people is come out. HRC has harnessed the power of the individual act of coming out and turned it into an awesome force for change, in part through powerful storytelling, and this council of parents helps HRC do it even better by bravely telling the stories of their children and their families.

What’s one message you have for other parents of transgender children?

Love your child, just as they are. Acceptance of my two trans children didn’t come easily, even though I had walked the walk of coming out and then advocating for equality. I have struggled at times to reconcile the hopes and dreams I had for my children as I thought them to be with the reality of who they are. But this, I think, is one of the most natural struggles of parenting, whether your child is straight or gay, cis or trans. We can’t help but tell ourselves stories of who we think our children are and who they will become. But they are who they are, and we should celebrate each of them for being just themselves and having the bravery to walk through the world as as they choose to be.

HRC Foundation’s Parents for Transgender Equality Council is a coalition of some of the nation’s leading parent-advocates working for equality and fairness for transgender people. To learn more about HRC Foundation’s work with transgender youth and their families, visit our Children, Youth and Families Program.