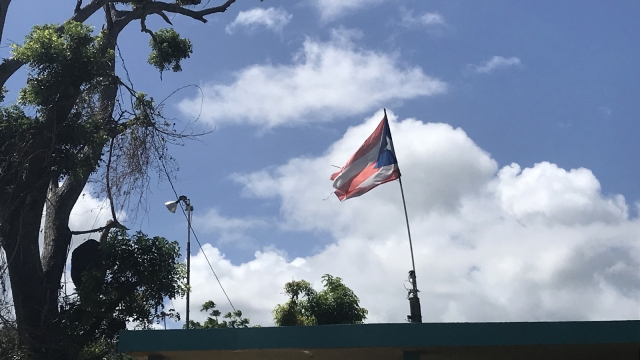 HRC Foundation responded to the recent dramatic uptick in violent killings of LGBTQ people in Puerto Rico. There have been at least 10 deaths of LGBTQ individuals in the past 15 months on the island. This is the highest number of killings that Puerto Rico has seen in a decade. Five deaths have transpired over the past two months alone. These most recent deaths represent the majority of the at least nine violent deaths of transgender and gender non-conforming people that have happened in the U.S. this year.

“There is a crisis facing LGBTQ people in Puerto Rico” said HRC President Alphonso David. “This violence must end. Each of the 10 people who have been killed had a family, friends and a community. When we lose someone, especially under violent circumstances, it leaves a long trail of unshakeable trauma. The Human Rights Campaign is committed to supporting our partners on the ground and the Puerto Rican LGBTQ community as long as it takes for the government to take this seriously.”

“The entire HRC family is saddened by the tragic murders of more of our sisters. We are committed to fighting for policies and protections for all transgender, nonbinary and queer people in Puerto Rico and across the world,” said Tori Cooper, director of community engagement for the HRC Transgender Justice Initiative.

“They are killing us while the government looks the other way. We demand that the police and the government immediately deal with this crisis of violence against LGBTTIQ people. It is their duty to conduct investigations openly and thoroughly, and to report the status of their investigations in accordance with hate crime protocols,” said Pedro Julio Serrano, spokesperson for the Broad Committee for the Search for Equity (CABE in Spanish).

Serrano added, “The violence we are experiencing is rooted in rhetoric and hateful actions on the part of religious fundamentalist politicians who incite their followers to persecute, demonize and attack LGBTTIQ people. We’ve had enough of being used as scapegoats for their divisive agendas.”

“Five women who were loved by God have been murdered. They deserved safety, dignity and solidarity. There are a great many people in Puerto Rico, religious and secular, who believe that the church should do more to love and protect LGBTQ people. We are here, we exist, and our numbers are far greater than those who would resort to violence in the face of difference. We are all in this fight together,” said Carlos Rodríguez, pastor, author, and founder/director of The Happy Non-Profit.

“The foundations of my spiritual life were formed in an evangelical church in the countryside of Puerto Rico. That is where I learned that at the core of Christianity is an ethic of justice, love and inclusion, all of which have informed my life’s work as I have fought against hate and exclusion, personally and professionally. HRC is working closely with our partners on the ground in Puerto Rico to rapidly respond to this growing crisis,” said Michael Vazquez, director of HRC Foundation’s Religion and Faith Program.

This week, HRC commemorated the lives of three transgender women who were killed in Puerto Rico in the past two weeks: Serena Angelique Velázquez Ramos, Layla Pelaez Sánchez and Penélope Díaz Ramírez.

In September 2019, HRC announced it is significantly expanding its work dedicated to justice for the transgender community through the Transgender Justice Initiative. The organization is advancing new initiatives that address the urgent needs of the transgender community, with specific attention to community members deeply impacted by racism, sexism and transphobia. This major effort includes a focus on economic empowerment; capacity-building programs; targeted task forces in communities hardest hit hard by the epidemic of anti-trans violence; and expanded public education campaigns. To learn more about HRC’s work on transgender equality, visit HRC.org/transgender. HRC offers a guide to reporters on how to cover transgender-related stories, which can be found here.