On December 7th, Pope Francis signed off on the release of “The Gift of Priestly Vocation,” a document that reaffirms the Catholic Church’s 2005 ban on gay men entering the priesthood.

Written by the Vatican’s Congregation for Clergy, this document aims to offer guidelines for priests and seminarians across numerous aspects, including sexual orientation. 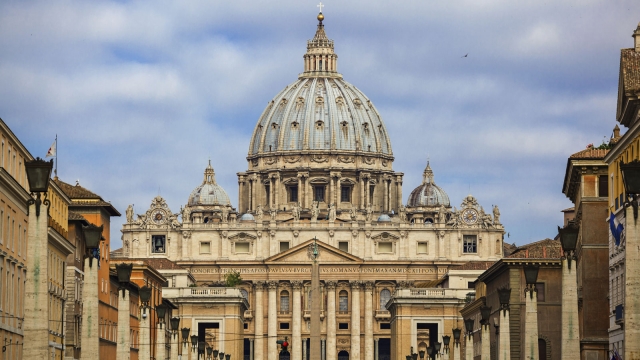 The document offers unfounded and hurtful concerns regarding the ordination of gay men, stating “such persons, in fact, find themselves in a situation that gravely hinders them from relating correctly to men and women.”

“If someone is willing to commit to the role and rules of Catholic priesthood, regardless of sexual orientation, they should be allowed to follow in the steps of Christ,” said Lisbeth Melendez Rivera, HRC Director of Latinx & Catholic Initiatives. “It is clearly contrary to the philosophy of the Church to say that sexual orientation is the only caveat by which someone is allowed to receive a calling to the priesthood.”

“We invite Pope Francis and the hierarchy of the Church to continue to enhance and to expand dialogue with LGBTQ Catholics around our active participation and support of our faith,” said Melendez Rivera.

The signing of this document is a stark contrast to Pope Francis’ now famous 2013 statement: “If someone is gay and he searches for the Lord and has good will, who am I to judge?”

In response to the original 2005 ban, The Catholic Voice Oakland quoted Cardinal Timothy Dolan, the archbishop of New York, as saying that gay men “shouldn’t be discouraged” from entering the priesthood should they agree to abide by existing requirements for all Catholic priests, including celibacy,

In 2015, HRC released Coming Home: To Catholicism and to Self, the second guide in the Coming Home series “aimed at LGBTQ people of faith who hope to lead their faith communities toward a more welcoming stance, and those seeking a path back to beloved traditions.”