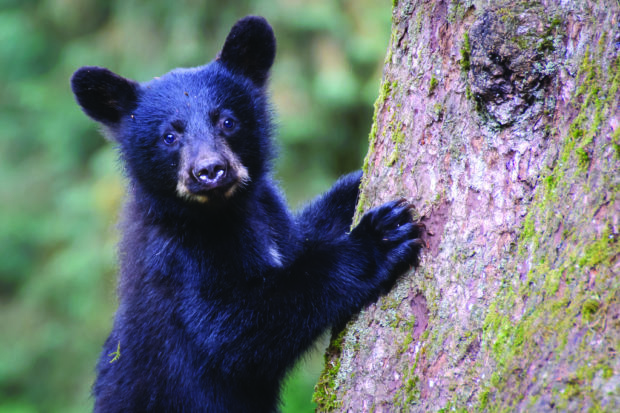 Last month, so many Floridians were shocked when the decaying body of a yearling bear cub, fondly nicknamed Bailey by members of the sprawling community that he sometimes visited, was discovered. This was an unlawful killing on its face, one that violated Florida regulations, but what was even more shocking was the manner in which Bailey had died: he had been killed with bird shot and left to bleed to a slow, agonizing death.

Bailey’s shooter, it turns out, was an experienced hunter who should have known that killing Bailey was illegal. At the very least he should have notified authorities right away after shooting the animal, which he didn’t. Among other things, his act made him a poacher.

The perpetrator has since been arrested and charged by the Florida Fish and Wildlife Conservation Commission, and we are urging the prosecutor and the commission to pursue aggravated cruelty charges against him. Florida’s legislature recently passed increased penalties for killing a black bear illegally, but in this case, the penalty–$500 in fines and/or 60 days in jail—falls too short of delivering justice.

Bailey’s case was not the only recent instance of a black bear shot illegally. In late June, a black bear in a North Carolina neighborhood was killed after he ran away from a crowd that gathered to see him and climbed a tree. Someone returned to the scene later and shot him, although wildlife officials said the bear did not pose a threat and would have left by himself eventually.

One reason we are hearing about black-bear-human interactions more than ever before is that rapid human development is encroaching into wildlife habitats. Interactions with wild animals will continue, as some species learn to adapt and even flourish in urban, suburban and exurban areas.

Bears, of course, make headlines because of how big and powerful they are. They inspire awe and fear and that is only natural; they are wild animals who should be taken seriously. But it is also important to understand that bears are naturally shy animals who avoid people. Human-bear conflicts are rare and can be minimized with a few simple and commonsense precautions, keeping both people and the animals safe.

Black bears have acute eyesight and hearing, with a sense of smell seven times greater than a bloodhound’s. They have a keen ability to detect pet food, garbage, barbecue grills and bird feeders—and once they locate a food source, they remember where it is. Steps like securing garbage bins, enclosing your compost pile, keeping barbecue grills clean and removing any other food attractants can go a long way in toward keeping bears out of your backyard.

Black bears have historically been at the losing end when they cross paths with humans: they are hit by cars, shot by poachers and trophy hunters, often unfairly killed in the wake of human encounters and specifically targeted if there are conflicts with livestock. Some states have permitted trophy hunters to kill them. Recently, I told you about Missouri, which is now trying to open its small and recovering black bear population to trophy hunters.

There is a lot that is wrong here, and it starts with the fact that these are native American carnivores, who have occupied and thrived in our nation for a very long time. Shooting them just because they show up in areas that once used to be their home is no kind of solution. We have to turn this around and quickly. Learning to coexist with these iconic mammals can lead to positive experiences for both the people and the bears. But what’s more, it will keep our nation’s ecosystems healthy and thriving for generations to come.

Check out additional tips on how to coexist with black bears.