A fundamental pillar of HRC Global is our Global Fellowship Program. Through this program, HRC Global has the privilege of hosting numerous LGBTQ advocates from around the world at our office in Washington, D.C. Fellows work alongside HRC Global staff, staff from HRC’s many other departments and programs, and LGBTQ and human rights activists around the world to help implement HRC Global’s mission to leverage HRC’s domestic work in the international sphere, end discrimination against LGBTQ people and realize a world that achieves fundamental fairness and equality for all. 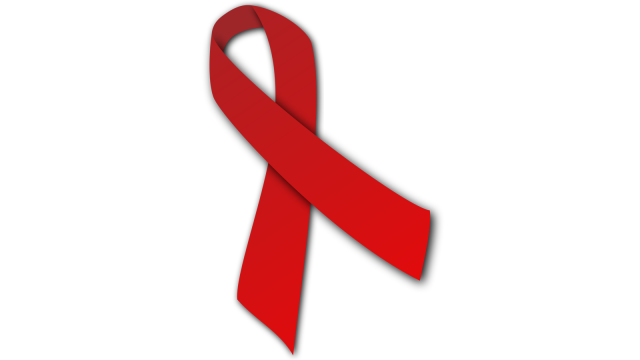 In addition to providing HRC Global with new ideas and skill sets, Global Fellows also provide invaluable expertise on the realities faced by the LGBTQ community in their home countries and regions. These unique perspectives and experiences enrich our efforts to help strengthen the global equality movement. HRC sat down with one of our fellows, Diego Mora, to talk about World AIDS Day.

Tell us a little bit about yourself and where you are from?

My name is Diego Mora. I am a 31-year-old journalist from Bogota, Colombia. For eight years, I worked to promote and protect human rights. I first began working with the Radio Diversia Foundation, the first LGBTQ radio station in Colombia. I now work with Bogota Rosa, an organization that seeks to educate through communications to reduce the stigma and discrimination of LGBTQ people and people living with HIV and AIDS. I also have experience in media analysis. For five years, I have been working with Buho, a company that specializes in the measurement and evaluation of communications.

Why did you decide to become a fellow at HRC?

Through the McCain Institute Next Generation Leaders program, I was able to become an HRC Global Fellow. I am excited about this opportunity because HRC is an organization that has great experience advocating for the rights of the LGBTQ community. Many organizations in Latin America reference the work of HRC and look to HRC as a leader. This is a unique opportunity for me to obtain new tools and to learn from the strategies that are used in the U.S. I hope to adapt these strategies to the local Colombian context.

What are you doing as part of your fellowship relating to HIV and AIDS?

Currently, I am researching how Spanish-speaking media across Latin America refer to HIV and AIDS. I am analyzing all mentions of HIV and AIDS across a broad range of selected print and online media outlets in October 2016, examining the words and the messages to discover the most frequently used terms and identify problem areas and best practices.  In addition to researching the terms, I am looking at how people living with HIV and AIDS are referred to and stigmatized in the media.

The most problematic language that adds to the stigmatization of people living with HIV and AIDS, includes references to fake “cures” for HIV, using inappropriate terms that could result in the unnecessary rejection of people living with HIV (e.g., referring to people as “sick,” “carriers”, “AIDS patients”) and conflating HIV and AIDS in language and in text even though they refer to different stages of the same condition. Another common mistake found in the media coverage I examined was the use of medical terminology such as “contagion” or “infection” in non-medical contexts, which can inadvertently breed stigma.

What is the status of HIV and AIDS in your region? How is World AIDS Day recognized there?

After Africa and Asia, Latin America and the Caribbean is the region with the largest number of HIV cases. According to UNAIDS data, two million people live with HIV in this region, of which more than half are men and about 10 percent are people between the ages of 15 and 24.

HIV prevalence is high among key populations in Latin America, including transgender people, men who have sex with men and sex workers. There are also few public policies that allow these populations to access competent health services.

A report, which was presented at the 2016 World AIDS Conference in Durban, South Africa, found that Argentina is the country with the highest number of new cases of HIV in Latin America with a prevalence of 7.8 percent, followed by Paraguay (4.9%), Bolivia (4.8%), Colombia (4.6%) and Ecuador (3.9%), while Chile and Uruguay are the only countries that achieved a small reduction.

World AIDS Day is undoubtedly a key moment in the response to the epidemic in the region. Organizations use the day to raise awareness about the realities of people living with HIV and AIDS and to educate the public on the work that is being done to reduce stigma, discrimination and the spread of HIV.

After your fellowship, what skills and lessons do you hope to bring back home?

The most important thing for me will be to share my research on Spanish-speaking, Latin American media references to HIV and AIDS. There are many problematic trends in the reporting of these issues and I believe this research could be an important step towards more responsible and informed reporting. I also plan to share what I learn from my time at HRC with my colleagues in Latin America.